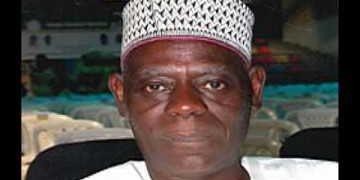 LAGOS—The Arewa Consultative Forum, ACF, has rejected the suggestion by the umbrella association of all Igbo unions, Ohanaeze Ndigbo, that representations in the proposed national conference should be on equality of tribes or ethnic groups.

National Publicity Secretary of ACF, Mr Anthony Sani, made this known in a terse statement yesterday.
The statement read: “Someone needs to inform Ohanaeze that its recommendations that representations in the national dialogue should be on equality does a lot of violence to definition of injustice by Aristotle who said injustice is not only when equals are treated unequally but is also injustice when unequals are treated equally.

“One wonders the justification in making the representations by Ibos and Idoma of Benue State to be on equality,or that of South East and North West to be on equal basis. Those making such submissions are trying to reinvent the wheel or redefine democracy to mean minority prevails.

“It is too early to forget the fact that the progenitor of the unitary system introduced by General (Aguiyi) Ironsi was our revered Zik (Dr Nnamdi Azikiwe).”