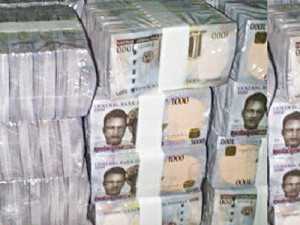 THE Naira will remain unstable until Nigeria begins to pay greater attention to local production, a professor of Financial Economics at the University of Uyo, Leo Ukpong, has said.

Ukpong, who spoke at a forum held at the Emerald Energy Institute (EEI) of the University of Port Harcourt, stressed that to halt the sliding value of the Naira, Nigeria must as a matter of urgency, stop importing what can be manufactured in the country and increase its export base.

In a related development, analysts say the cocktail of monetary and fiscal policies turnover in recent months may have aided the resurging inflation, which has assumed a recurring feature in the last six-monthly reports.

The resurging inflation, according to them, may not escape the side effects of the latest policy on foreign exchange (forex), which prohibit 41 items from access to the official window, before the realisation of any anticipated positive results.

The Central Bank of Nigeria (CBN), by its policy directions, has committed to several efforts aimed at stabilising the naira and conserving the forex reserves, which had in the last one year been on steady decline due to demand pressure.

At the EEI forum, the varsity don added: “Government cannot do much about the oil price because that is beyond Nigeria, but government can indeed plan in such a manner that whenever the oil prices go down, we can source foreign goods domestically.

The Saudi Arabian currency has remained stable because there is no pressure to import since about 90 per cent of what the Saudi Arabians need are produced in their country.”

He argued that low oil price is a blessing to those countries that use oil as input of production and not consumption. Ukpong also argued that reducing the pump price of petrol from N97 per litre to N87 per litre was ill advised, saying, “If oil is used as a production input, lower oil price will lead to reduction in prices of goods and services and the people will then benefit from lower prices.

The drop in oil prices to Nigeria is a burden because it produces nothing except to sit and wait for proceeds from oil sales. If household materials and car parts that we need most in the country are produced here, the manufacturing sector will produce cheaply and Nigerians will benefit from that directly.

The apex bank’s policy directions have been sustained notwithstanding unrelenting hike in general price and other economic headwinds, like the plummeted foreign exchange earnings’ profile due to crude oil price volatility and uncertain global economy.

CBN, which insisted that the decline in crude oil prices is non-transitory and near term improvement in the Oil Producing and Exporting Countries’ Basket Price is not expected, said the development would need bold steps and policies to keep the economy afloat.

But speaking on the resurging inflation and policy intermediations, Afrinvest Securities Limited, has already projected further rise in inflation for the month of June to 9.2 per cent.

Analysts at the company pointed out that the CBN’s decision on the 41 items is expected to pressure price level, but may not really impact on the prices of the affected items now, most of which are food items, until the month of July. In a note to The Guardian, the analysts said: “From 7.9% in November 2014, the country has experienced a sustained episode of creeping inflation in the last six months.

Inflation rate has added approximately 0.2% month on month over the period. “The most significant increase being the 0.3% upswing to nine per cent reported in May, while the least was in December 2014 and March 2015 with 0.1% apiece. Other months (January, February and April) all recorded equal rise of 0.2% to 8.2%, 8.4% and 8.7% respectively.

Forex Developments “Meanwhile, CBN’s stance on exchange rate gained further traction as it moved to block all routes of speculation and reiterated concern over the increasing level of foreign currency trafficking across borders.

“So far, the measures put in place by CBN to conserve the level of external reserves have been yielding results as the stock variable gained 1.5 per cent week-on-week to N29.7 billion. “The rate of increase, may however, be slowed given that proceeds from export of crude oil, which declined 5.8 per cent week-on-week to $55.54 last week, contribute to external reserves,” the analysts added.

However, the rivalry between the naira and other major currencies continued in the week, especially the dollar, with the local unit exchanging for N196.95/$ at the Interbank market.

As at the end of the week, the currency traded as high as N236.5/$ at the parallel segment, although the development was not a surprise given the prohibition list of 41 items, which has shifted demand by a large extent to the parallel. At Bureau de Change segment, the currency also fell by 0.9% week-on-week to N232/$ and the Nigerian Interbank Market, when measured on week-on-week, traded flat at N199.05/$.

For example, the average Open Buy Back (OBB) and Overnight rates settled for 4.3% and 4.8% respectively for the week ended Friday.

The two securities’ rates, rising 4.8% (OBB) and 5.3% (Overnight) on the first trading day, moderated 4.0% and 4.6% on Tuesday and down to 3.0% and 3.4% on Wednesday, following the bailout approval by the President, which signaled improved liquidity.

The routine Cash Reserve Ratio (CRR) debiting of commercial banks, amounting to N179.1 billion, which was due on Thursday, reversed the transactional fortunes, as the three-day gains were pared. The OBB rose to 5.3% and 6.1%, while at the close of the week, liquidity levels improved with N70.5 billion Treasury Bills (TBills) maturity.