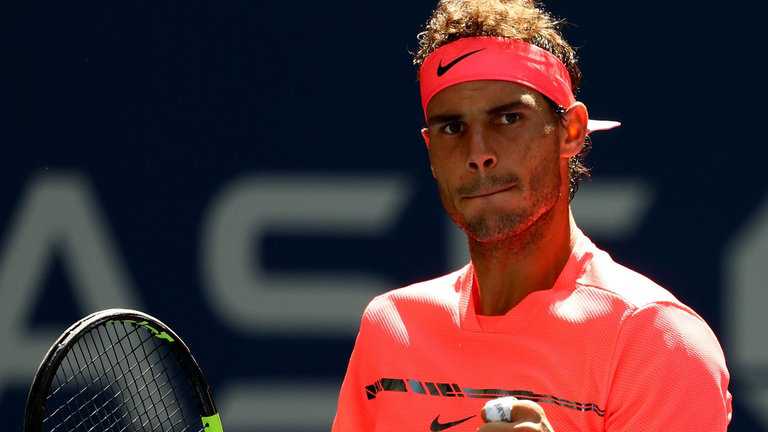 Rafael Nadal cruised into the US Open quarter-finals on Monday by defeating Ukraine’s 64th-ranked Alexandr Dolgopolov.

The 15-time Grand Slam champion, who had not made the US Open last eight since capturing the 2013 title, set up a last-eight meeting with teenager Andrey Rublev.

Nadal, who claimed his 50th US Open match victory, returned to the top ranking last month for the first time since 2011 and is on a collision course to face old rival Roger Federer in the semi-finals. A potentially epic confrontation which would also represent their first meeting at the tournament in their 13-year rivalry.

“I think I played a solid match,” said the 31-year-old Spaniard. “I played with not many mistakes. I know Dolgopolov is a player who can play amazing shots but sometimes he can be a little bit unpredictable.

“He combines amazing points with mistakes. I tried to be very focused with my serve and to wait for the opportunities on the return. I’m in the quarter-finals in New York, that’s a positive result for me and I’m looking forward to trying to be playing better.”

Rublev, who becomes the youngest man to reach a US Open quarter-final since Andy Roddick in 2001, continued his fine run at Flushing Meadows by surprising the Belgian ninth seed David Goffin 7-5 7-6(5) 6-3.

The Russian 19-year-old defeated Grigor Dimitrov in the second round and the world No 53 continued his impressive form in a mature victory over Goffin.

Rublev edged a tight opening set thanks to a break of serve at 6-5 before showing resolve to recover from a break down in the second set on his way to winning a tie-break and finished the job with two further breaks in the third set.

Sky Sports Tennis will have all the action from the US Open covered via our website www.skysports.com/tennis with our live blogs and updates throughout the fortnight as the Grand Slam year reaches its climax.

We will also have coverage of the World Tour Finals in November with every match live on Sky Sports.