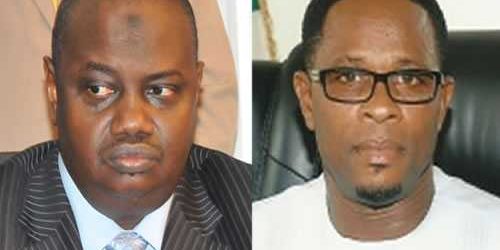 After about nine months of investigation, the Economic and Financial Crimes Commission (EFCC) has cleared the impeached deputy governor of Imo State, Sir Jude Agbaso, of any wrong-doings and involvement in the N1.3 billion contract scam that rocked the state earlier in the year.

Twenty three members of the 27-member Imo State House of Assembly impeached him on March 28, 2013 over his alleged indictment in the contract saga.

Agbaso has been in court challenging the impeachment as well as his alleged indictment in the contract scandal.

He was accused of demanding and receiving a bribe of N458 million from a firm, JPROS International Ltd., which was awarded the said controversial construction contract by the Imo State government.

A letter signed by the commission’s Director of Operations, Olaolu Adegbite, dated November 27, 2013 with reference no CR: 3000/EFCC/ABJ/E.G/T4/VOL.14/252, which has been seen by Nigerian Tribune, showed that the investigation was at the instance of the impeached deputy governor.

The letter addressed to Agbaso read: “We refer to your letter dated 21st March, 2013 on the above subject and hereby provide our findings so far into the case.

“Road contracts for the sum of one and a half billion naira awarded to JPROS International Nig. Ltd was alleged to have engendered fraudulent bribe payments of N458 million by the Managing Director of JPROS, one Joseph Dina to you as the then Deputy Governor and Commissioner for Works.

“In furtherance of the investigation, evidence adduced from interview of key officials of Imo State government and other important witnesses, as well as documents obtained from relevant financial institutions confirmed that the sum of N1.305,000,000.00 was paid to JPROS to execute the Warehouse Orlu Road Junction, Odunze Street, Aba Road and Old Nekede Road projects within Owerri metropolis before mobilisation to the sites.

“The total sum of $5,538,830 USD was found to have been remitted to the personal accounts of Dina in Dubai and Lebanon. There is no single evidence so far that suggested that you benefitted from the funds.

“In his statement to the commission on 28th March, 2013, Dina revealed that he never gave any money to you or any other official of the state government over the contracts, which are yet to be fully executed as at the last visit of our officers in April 2013.

“The commission’s legal department is working on the case file with a view to taking appropriate legal action, please.”

Agbaso was replaced as the state deputy governor by the governor’s Chief of Staff, Mr Eze Madumere.

The state Chief Judge, Justice Benjamin Njemanze, had set up a seven-man probe panel which indicted Agbaso for alleged financial misconduct over the alleged bribery, paving the way for his impeachment.

It was also learnt that the clean bill of health given him by the anti-corruption agency had been communicated to the state lawmakers.