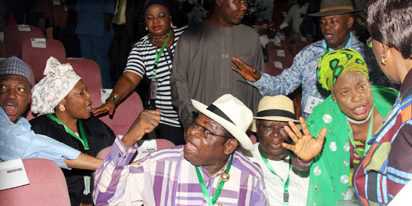 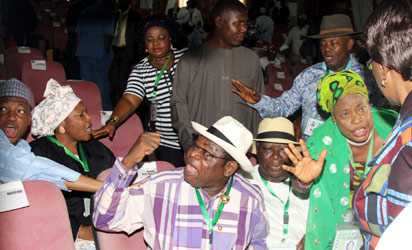 Following the irreconcilable differences between the Northern and Southern delegates

over revenue allocation at the on- going national conference, Akwa Ibom State delegates have threatened that the Niger Delta region will boil again.
According to them, the northern delegates should know the imminent danger ahead if they fail to agree to the demands of the South, warning that the militants would go back to the creeks.

In a statement by former Minister of Housing and Urban Development and a delegate, Chief Nduese Essien, on behalf of his colleagues, yesterday, the delegates said that the existing agitations by youths of the region might turn into a full-blown crisis unless the current derivation was reviewed upward.

“Besides, recent attempts to resurrect the onshore/offshore dichotomy and to make political capital out of the issue has further heightened tension in oil bearing communities that have witnessed persistent oil spills, gas flaring and constant devastation due to the activities of multinational oil companies.

Citing some sections of the constitution to back their argument, the delegates said: “Section 134 of the 1960 Constitution and Section 140 of the 1963 Constitution which formed the basis of the country’s Independence and nationhood had provided that Nigeria’s Continental Shelf of 200 nautical miles be deemed to be part of a region for the purpose of paying 50 per cent derivation.

“The two constitutions had provided that for the purpose of derivation, a state that has a coast is deemed to be the owner of the continental shelf.

“But through Decree 9 of 1971, the then Head of State, Yakubu Gowon introduced the onshore/offshore dichotomy. From that time, the policy was abolished three times.”
Sourec vanguard