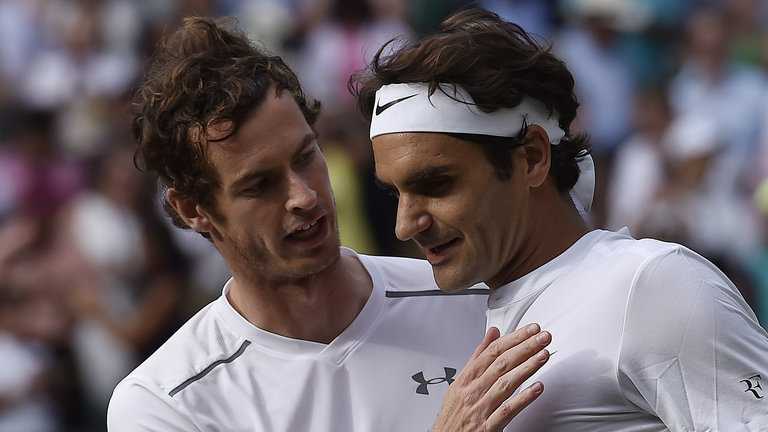 The World No 1 will host the Swiss legend in his second exhibition event, Andy Murray Live, at the SSE Hydro in Glasgow on November 7.

The 29-year-old Dunblane star had some light-hearted advice for the 18-time grand slam winner.

Murray said: “Don’t try the fried Mars bars. I tried one of them for the first time last year and it was horrific. Stay away from them.”

All proceeds will go to charity, with a second, local charity partner to be announced in the near future.

Federer won his 18th grand slam title in Melbourne last month aged 35, beating long-time adversary Rafael Nadal in a final few had predicted at the start of the tournament.

Murray made an early exit, beaten by Germany’s Mischa Zverev.

Federer returned from a long spell out injured and a self-imposed absence, and Murray hinted he too might take more rest to aid longevity.

“It’s incredible what he did in Australia after such a long break,” Murray added.

“We play so much, a lot of the year. Sometimes coming to events fresh can have some huge advantage.

“Him and Rafa were both coming back from a pretty significant period of time out and they both played extremely well.

“Maybe that’s something we can all learn from moving forwards.”

Federer accepted Murray’s invitation after the Scot agreed to play at the Swiss’ own charity event in April.

The exhibition event in Zurich takes place after Murray’s scheduled participation at tournaments in Dubai, Indian Wells and Miami.