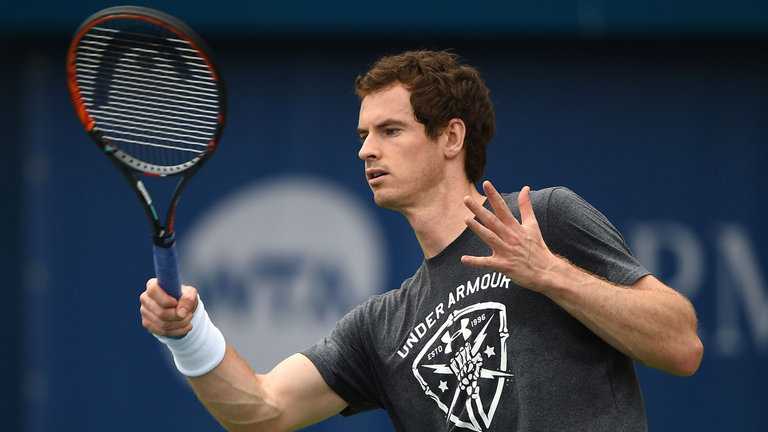 Andy Murray is “motivated to win at everything, that means getting down to breakfast first,” says Mark Petchey.

The world No 1 has not played since a shock fourth-round exit to Mischa Zverev in the fourth round of the Australian Open, and revealed he contracted shingles on returning from Melbourne.

Murray, 29, is top seed in the singles in Dubai and kicks off his campaign against Tunisian world No 47 Malek Jaziri in the first round on Tuesday.

The Briton, who was runner-up to Roger Federer in 2012, has said that he has been training flat-out over the past few weeks and is feeling fresh and raring to go.

“I think at what it will do, the fact that he’s had shingles will actually make it a little easier coming to terms with that defeat [against Zverev]. The fact that there was something potentially wrong with him like that, it can be a little debilitating when you have it,” Petchey told Sky Sports News HQ.

“Clearly he’s had to rest and recuperate and I think it will make him a little fresher for Dubai.

“Traditionally, Dubai seems to be quite quick, so I think it will actually suit Andy that it’s a touch slower.”

Former world No 1 Novak Djokovic has taken up a late wild card at the Abierto Mexicano Telcel in Acapulco, and Petchey feels his early Australian Open exit to Denis Istomin has forced him into making an appearance.

“The fact that the others are playing as well is crucial, and obviously his last match was against Denis Istomin where he got hit off the court in five sets in Melbourne. He won’t want that as a lasting memory heading into Indian Wells,” said Petchey.

“Traditionally, Novak has started the season so strongly since 2011, and that shock loss has forced him to take that wild card in Acapulco.

“He wants to get back to No 1. Looking at the way the rankings are, these 500 tournaments are going to be crucial in achieving that particular aim, so I think that’s one of the driving factors.”

Petchey also said that he is expecting “a lot” from Australian Open runner-up Nadal, but says he may be “distracted” by the decision from his uncle Toni to step down from his coaching team at the end of the season.