Murray marches on in Paris 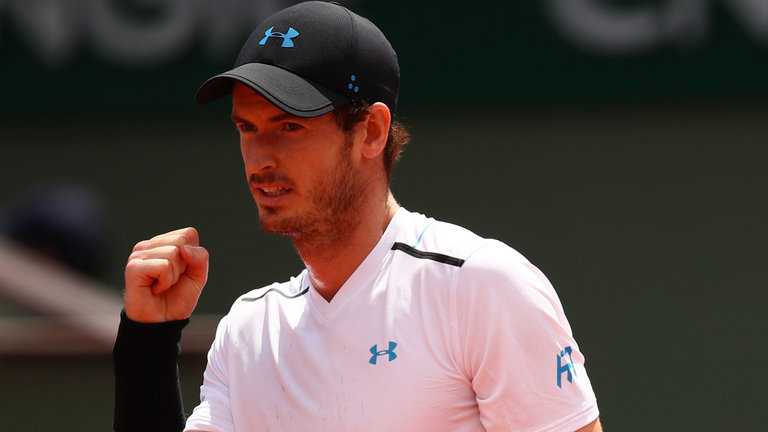 Andy Murray booked his place in the last eight of the French Open with a routine 6-3 6-4 6-4 victory over Russia’s Karen Khachanov.

The world No 1 continued his progress at Roland Garros with his most dominant display of the tournament so far to book a sixth quarter-final in Paris.

Khachanov, the world No 53, had his moments but was no match for Murray, who followed up his fine win over Juan Martin del Potro in the third round with a complete display to subdue the talented Russian.

Having entered the tournament with doubts surrounding his form and fitness, Murray has improved the more time he has spent on court and needed just over two hours to seal a showdown with eighth seed Kei Nishikori, who beat Spain’s Fernando Verdasco in four sets.

Murray, runner-up in the French capital last year, has now bettered his showing in the year’s opening Grand Slam event where he suffered a shock fourth-round defeat to Mischa Zverev at the Australian Open.

Having dropped a set in each of his first two rounds, Murray now has back-to-back victories in straight sets and took the opportunity to offer his support for the victims of the terror attacks in London and Manchester.

“Obviously there was a terrible tragedy in London, and in Manchester six or seven days ago. Paris has had it’s problems too in recent years,” said Murray.

“I am sure everyone will join me, we share our thoughts and prayers with everyone who has been affected. It’s obviously something that has affected large parts of Europe.

“I appreciate everyone still coming out to support the tennis. I am grateful that I can still perform in front of everyone,” he added.

Unforced errors were Khachanov’s downfall throughout – guilty of 38 overall – and Murray’s decisive break at 3-2 in the first set came from the Russian’s own mistakes. Murray held to take it 6-3, and the next two sets followed a similar trend.

Murray broke early in the second set in timid fashion as Khachanov showed naivety with two unforced errors and a double fault to boot, but the 21-year-old broke back a few games later as Murray was made to sweat.

Khachanov failed to build on the momentum, with Murray breaking in the next game at 4-3 thanks to another double fault, before racing on to take the second set 6-4.

Murray then broke in the first game of the third set as Khachanov misplaced several simple forehands with the wind at Roland Garros playing its part.

Khachanov did extend the match by breaking Murray at 4-4, but just as in the second set, the Scot broke the very next game and served out the match with two more aces, taking his tally to five for the match.

Up next for Murray is world No 9 Nishikori, who battled back from a set down to beat Verdasco 0-6 6-4 6-4 6-0 and reach the quarter-finals in Paris for just the second time.

Murray leads the head-to-head 8-2, including a three-set win at the World Tour Finals in November, one of four memorable matches the pair played in 2016.

Nishikori came from two sets to one down to beat the Scot in the US Open quarter-finals just a few weeks after Murray beat the Japanese to reach the Olympic final in Rio de Janeiro, while the pair also clashed in a near five-hour five-set Davis Cup epic in March last year