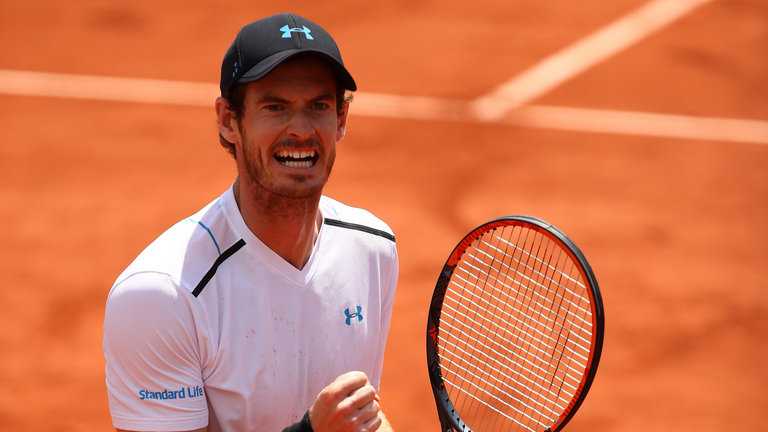 Andy Murray revealed his coach Ivan Lendl “was pumped” at how the British world No 1 has improved since his French Open first-round win over Andrey Kuznetsov.

After arriving at Roland Garros with expectations tempered by a season of struggle so far, Murray has played himself into form nicely.

He built on his early victories over Kuznetsov and Martin Klizan with a fine third-round win over Juan Martin del Potro with his best performance of the tournament.

And after proving too wily for Karen Khachanov on Monday, the Scot’s improvement has been met with approval by coach Ivan Lendl.

“He was pumped,” Murray said. “He was happy with how I played. The first couple of rounds he was pleased that I got through them.

“He’s very talkative away from the cameras, he loves tennis, he likes dissecting matches and talking about the tactics and the things that went well in the match, the things that as the match went on changed.

“We had quite a long chat after the Del Potro match how with each set I started to play a little bit better, started to see the patterns of play well.”

In the quarter-finals Murray will face eighth seed Kei Nishikori, who won their US Open quarter-final in a five-set thriller but Murray won their most recent meeting at the ATP World Tour Finals.

“You know when we play it’s always a battle,” said Nishikori. “Yeah, for sure, it’s gonna be a tough one.

“We have been playing so many times. He’s great player. Very smart tennis player. It’s never easy, and I think this week he’s been playing well.”