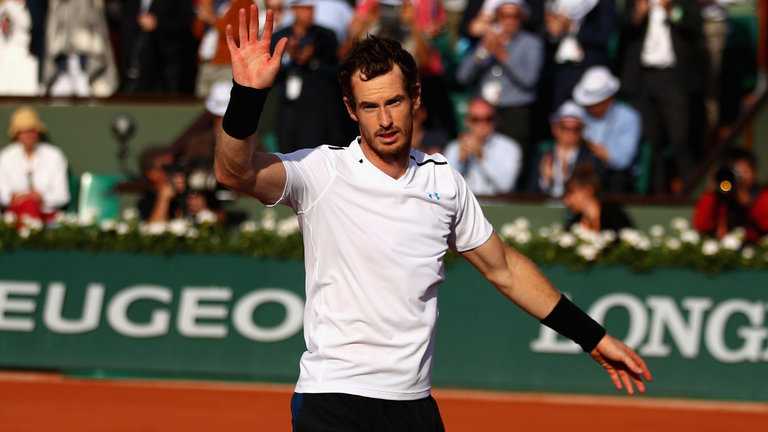 Andy Murray has admitted being “the odd one out” in the French Open semi-finals after arriving at Roland Garros “playing garbage”.

The world No 1 has played himself into form in Paris and will meet Stan Wawrinka for a place in his second successive final in Paris on Friday after a four-set victory over Kei Nishikori.

The three semi-finalists, Rafael Nadal, Dominic Thiem and Wawrinka are yet to drop a set this tournament while Murray has lost three, and their build-ups were rather different too.

Murray, who lost back-to-back matches to Borna Coric and Fabio Fognini in Madrid and Rome, said: “They are all obviously playing extremely well.

“Rafa’s had a great clay-court season, as has Thiem. Stan this tournament has played great. He won in Geneva so is obviously confident.

“I came in playing garbage. I’m the odd one out in the semis, but hopefully, I can keep it up.”

The Briton will now hope to replicate last year’s win over Wawrinka at the same stage, one of his best performances on clay.

Murray said: “Physically, I feel great. Today’s match wasn’t particularly long, and there were not many long rallies. When we play normally, we have a lot of long points.

“Personally I think it was put down to the conditions. It was very windy down on the court. There wasn’t much rhythm out there.

“Obviously if someone had offered me a semi-final spot before the tournament, I would have signed up for that because I was not playing well at all. And practice also was not good.

“It’s been really good so far. I want to keep going.”

Murray is likely to have his work cut out to repeat last year’s success against Wawrinka after the 2015 champion demolished Marin Cilic, who has been in fine form himself this fortnight, 6-3 6-3 6-1 in just an hour and 40 minutes.