Murray: I’ll be back for France 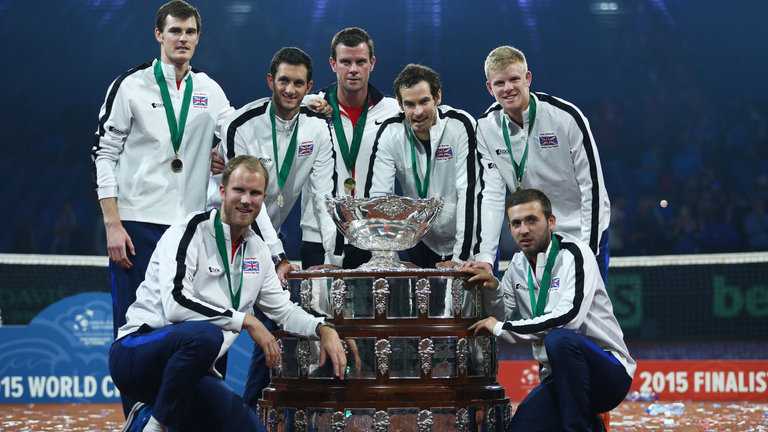 World No 1 Murray sat out last weekend’s tie with Canada in the wake of his surprise fourth-round exit at January’s Australian Open.

Britain won 3-2 in Murray’s absence but will be bolstered by the Scot’s return for a last-eight meeting likely to be played on clay.

“My body’s pretty pleased I took some time off,” he told Sky Sports News HQ. “I’ve had enough rest and I’ll look forward to [France].

“It’ll be tough. I assume they’ll probably put it on clay. I don’t know where they’ll play it, but Monte Carlo would be good.”

Britain’s defeat of Canada was sealed when teenager Denis Shapovalov was disqualified from the deciding rubber for hitting the umpire with a ball.

“For sure it is a wake-up call for all players,” Murray said. “It was shocking – I have never seen anything like that before. I am still not sure exactly how he managed to do that.

“You can’t always control your emotions. And that is a situation that was close to being very dangerous.

“The umpire was obviously very lucky but he is okay and Denis is lucky as well that he didn’t do any more damage than he did. It is a freak incident.

“It is very difficult to know what the right thing is. I think an incident like that you could suspend him, you could fine him more money but I think him actually doing that, I don’t think you will see him do anything like that ever again.

“It will have been shocking to him. I am sure he totally regrets what he did. I think the embarrassment will almost be enough for him to learn from that and make sure it never happens again.”

Murray led Britain to the Davis Cup in 2015, when they beat France at Queen’s Club in the quarter-finals.