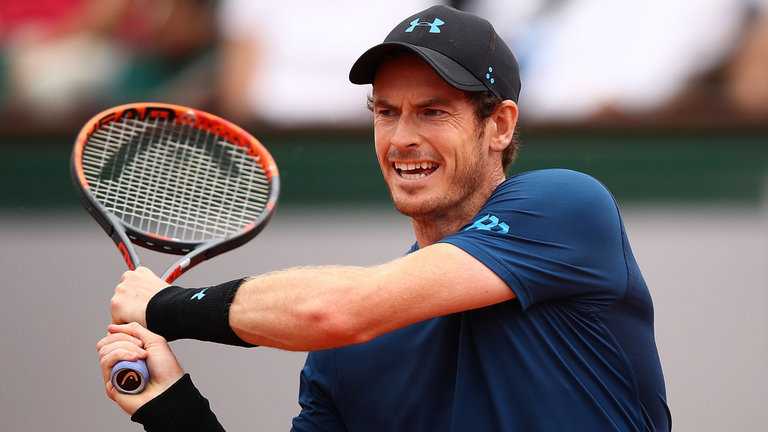 Andy Murray moved into the second round of the French Open with a four-set victory over Andrey Kuznetsov at Roland Garros.

The world No 1 proved too strong for his Russian opponent coming through 6-4 4-6 6-2 6-0 in just over two and a half hours on court Philippe Chatrier.

Murray has had a difficult season on the clay but secured victory to book a second-round meeting with Slovakia’s Martin Klizan, who overcame France’s Laurent Lokoli in five sets.

Murray fell 0-40 down in his first service game but recovered to hold before breaking the Russian’s serve when 3-2 up.

The three-time major winner lost his serve at 5-3 but broke back immediately before holding firm to secure the first set 6-4.

However, he lost his rhythm at the start of the second during an exchange of service breaks. At stages, Murray was seen muttering to himself and sarcastically applauding his players’ box where coaches Jamie Delgado and Ivan Lendl were seated.

Murray was broken in the first game of the second set but broke back immediately only to lose his serve at 2-2 and Kuznetsov, ranked 73, held firm to take the second set 6-4.

The British No 1 broke Kuznetsov three times in the fourth set to complete the victory in comprehensive fashion.

Murray made five fewer winners compared to his opponent but kept his unforced errors down to 24 in comparison with Kuznetsov’s 45.

The Scot was broken four times and staved off a further three break point opportunities throughout the match.

“He goes for his shots, plays very aggressive, hits the ball pretty flat so he takes your time away,” Murray said on-court after progressing to the next round.

“It was quite windy today. I started to feel a little bit better as the match went on but I expected a tough match because he’s played well during the clay-court season.”