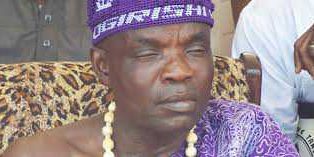 Members of the Association of Youths Organization (AIYO), in Onitsha have reacted to the bloody clash with members of the Movement for the Actualization of the Sovereign State of Biafra (MASSOB), last Saturday alleging that fighters who killed four of their members were after them because they were gaining massive popularity and acceptability in Anambra State.

The group gave the names of the AIYO members who died during the clash as Chiemezie, Samuel, Emeka and Dragon. The group said many others were injured.

In a statement, the AIYO State Coordinator, Mr Chukwuemeka Oga, said that “at about 1.30a.m on Sunday, MASSOB stormed our Onitsha/Owerri office with over 500 members and destroyed our office, chairs, tables, laptops and fans and opened fire on our boys.”

Oga dismissed an earlier report that they had a camp in the forest, explaining that the AIYO’s office where MASSOB members attacked them was located in an open space near the Old Motor Spare Parts Market along Onitsha/Owerri Road.

He also debunked the allegation that they were kidnapping people into the forest and robbing and raping them, wondering whether anybody had reported to the police that members of AIYO harmed him.

He alleged that it was MASSOB members that forcefully extorted money from Onitsha traders, Okada riders and motorists, adding that the movement’s activities had pitched them against the people of Anambra State, who had massively lost interest in MASSOB.

“People in Anambra State have rejected MASSOB and embraced AIYO because we are law-abiding and peaceful-minded group. That is why the MASSOBians are doing everything within their powers to dislodge us. They have burnt our buses and caused us a lot of damage and from the look of things we are vulnerable to them,” he stated.

He appealed to Governor Peter Obi, the police and other security agents to come to their aid and protect them from MASSOB. In his reaction, AIYO Patron, Chief Venatius Muoneke urged the two warring factions to sink their differences and fight for the development of the Igbo nation.

Also speaking, the President, Ndigbo International Prayer Organization, Bishop Chinedu Okeke described the bloody clash as a disgrace to the Igbo nation, adding that he had received calls from overseas about the clash.

He warned those who want to drag the image of AIYO founder, Chief Rommy Ezeownuka to the mud to steer clear as his aim and objective of the formation is to create employment opportunities to the teeming youths, noting that Chief Ezeonwuka is using his hard earned resources to sympathize with Igbo youths including MASSOB members to remedy their plight.