Moscow steps up war of words in diplomatic row with U.S. 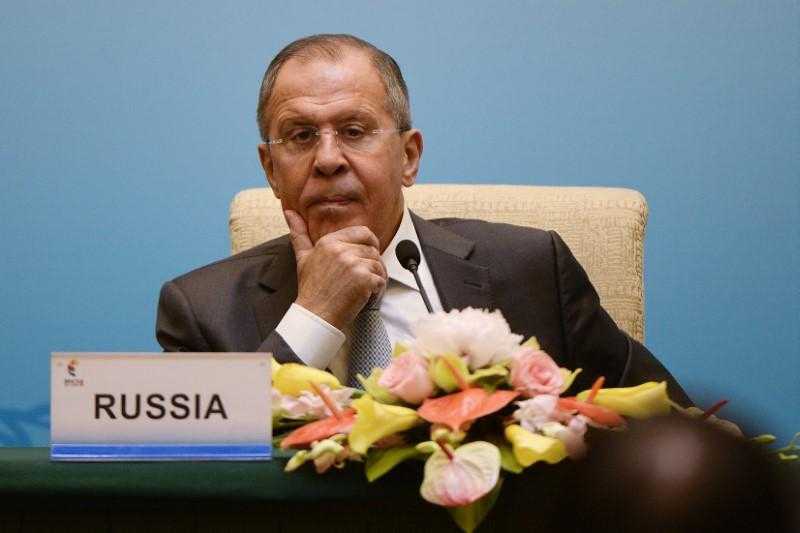 MOSCOW/BRUSSELS Moscow on Tuesday toughened its rhetoric in its row with Washington, saying it was considering ways to retaliate for the seizure of some of its diplomatic premises in the United States and expulsions of diplomats.

“The situation is outrageous,” Foreign Minister Sergei Lavrov told Russian media during a visit to Austria on Tuesday.

“I believe that for such a great country like the United States of America, this advocate of international law, it’s just shameful to leave the situation in mid-air,” he said in comments posted on his ministry’s website.

“We are now thinking of specific steps.”

At a news conference later in Brussels with the EU’s top diplomat Federica Mogherini, Lavrov spoke of “retaliatory measures” but declined to answer when asked if that meant that Russia would expel U.S. diplomats or seize diplomatic property.

He called on Washington to heed Moscow’s demands for a return of diplomatic assets.

“If this does not happen, if we see that this step is not seen as essential in Washington, then of course we will take retaliatory measures.

“This is the law of diplomacy, the law of international affairs, that reciprocity is the basis of all relations.”

In December, the U.S. seized two Russian diplomatic compounds and then-President Barack Obama ordered the expulsion of 35 Russians over what he said was their involvement in hacking to interfere in the U.S. presidential election campaign.

Moscow denied the allegations and said then it would wait to see if relations improved under incoming President Donald Trump.

Izvestia on Tuesday said the Russian government was frustrated that President Vladimir Putin’s first meeting with Trump in Hamburg last week had failed to resolve the diplomatic row.

Their discussions far exceeded the original time limit, ranging from cyber security to the conflicts in Syria and Ukraine. Trump described the talks soon afterwards as “very, very good”.

A senior U.S. administration official told Reuters on Tuesday he had been told the issue of the compounds did not come up during the Trump-Putin meeting. The State Department did not immediately respond to a request for comment on Lavrov’s remarks.

Lavrov said on Tuesday Russia well understood the impact of the continued “anti-Russian bias of the U.S. Congress” now that the Trump administration had long been in place.

“We realise that the decision to expel our diplomats, to impound our diplomatic property was adopted by the administration of former U.S. President Obama,” he said.

The outgoing administration had aimed “to poison to a maximum U.S.-Russian ties” and create a “trap” for Trump, he added.

Trump and his aides have been dogged by allegations of collusion with Russian interference in last year’s U.S. election.

It did not say when such a meeting might happen. A previous such meeting between Ryabkov and Shannon, planned for June 23, was abruptly cancelled by Moscow in response to the expansion of U.S. sanctions on Russia.