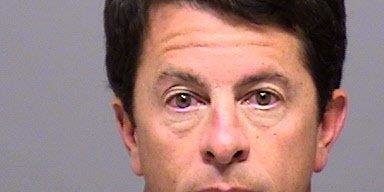 Morgan Stanley said Tuesday that it had fired a star financial adviser who has been accused by multiple former wives and girlfriends of physical abuse and stalking.

The New York Times reported last week that Morgan Stanley executives for years had known about the allegations against the financial adviser, Douglas E. Greenberg. The Wall Street firm placed Mr. Greenberg, who worked in Portland, Ore., on administrative leave last week after being contacted by The Times.

In a statement on Tuesday, a Morgan Stanley spokeswoman said the bank needed to “do better” at handling such employee misconduct issues.

“We believe that our employees should behave in a manner consistent with our firm’s values and the trust our clients place in us, both of which include treating women, and indeed everyone, with dignity and respect,” the spokeswoman, Christy Jockle, said. “We have undertaken steps in recent years to ensure that issues such as this are properly escalated. However, in light of current events we must and will do better.”

Mr. Greenberg didn’t immediately respond to a phone call and an email seeking comment. His Morgan Stanley email address is no longer active. This week, Mr. Greenberg also deleted a Twitter account that had been dispensing general financial advice as recently as Thursday.

Four women obtained restraining orders against Mr. Greenberg over a period of 15 years. He was arrested for violating two of the orders. The women claimed in court papers that Mr. Greenberg had physically assaulted them and, in one case, threatened murder.

Managers at the bank knew of at least one of the arrests. A lawyer for one of Mr. Greenberg’s ex-wives said she had told a Morgan Stanley lawyer about Mr. Greenberg’s history of alleged abuse. Mr. Greenberg’s manager raised concerns about his conduct with superiors. And a federal subpoena stemming from an investigation into Mr. Greenberg was served at his office.

Mr. Greenberg was one of the top earners in the bank’s wealth management division. He was part of the firm’s elite Chairman’s Club, which celebrates top financial advisers. He made Forbes’s 2018 list of Oregon’s top wealth management producers. After the publication of the Times article last Wednesday, his name was removed from the list.

Money managers such as Mr. Greenberg are overseen by the Financial Industry Regulatory Authority, or Finra, a self-regulatory group that isn’t a government agency. One of Finra’s goals is to help investors select trustworthy financial advisers. But the organization doesn’t require brokers to disclose all run-ins with law enforcement. Mr. Greenberg’s arrests and the restraining orders against him were not reported to Finra or to investors.

Michelle Davis, the bank’s global head of corporate affairs, said the bank’s review into the matter was continuing. She declined to say whether other employees are under scrutiny.