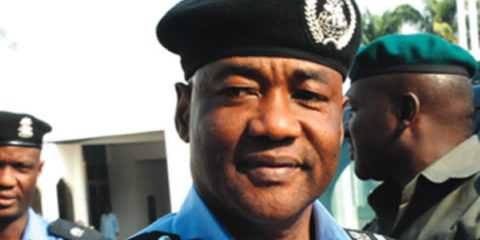 The Inspector-General of Police, Mohammed Abubakar, yesterday said four units of mobile police (about 600 men) have been deployed in Benue State to tackle the communal crisis.

He spoke shortly before a meeting with assistant inspectors-general (AIGs). The AIGs are in charge of the 12 zonal commands across the country. He said the meeting would review the security situation in states under the zones and adopt strategies to address them.

“As I talk to you, I have four units of mobile policemen from the headquarters in Benue bush.

“They are led by the deputy inspector-general (Operations) and commissioner (Mobile Force); they are there to protect innocent people,’’ he said.

Abubakar named Benue, Plateau, Taraba, Kaduna and parts of Zamfara as locations where there were clashes between herdsmen and farmers.

He listed some challenges in tackling the clashes as difficult terrain, delay in getting information and lack of police presence.

“These attacks take place in the bush; most of the victims are in the villages and we encounter difficult terrains.

“Second, information comes to the police late because of network problems; remember, in most of these places, there’s no police station or posts.

“So, the commissioner in each command has to grapple with how to take policemen to such places and how they will remain there for the duration of their work,’’ he said.

Abubakar noted that years back, there were grazing areas and routes for herdsmen, adding: “Today, the story is different; no grazing places and no routes; so this is part of the problem.’’

But he said the situation in the Northeast was getting better due to efforts by the police and other security agencies.

“On terrorism in the Northeast, I am glad to say the situation is getting much better than before,’’ he said.

Abubakar said the police had not failed in the fight against terrorism, although he admitted the military had taken the lead.

“You need to understand the difference between the declaration of war and internal security in Borno.

“In Borno State, we work with the military; where the military finishes its job, the police occupy the place and provide security and allow constituted authorities to exist,’’ he said.

“You will agree with me that robbery and kidnapping have declined significantly but we won’t take chances,’’ he said.