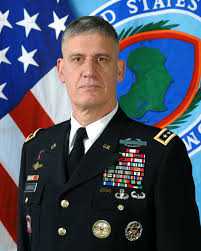 United States on Wednesday reiterated that only military operation would not help Nigeria to overcome the challenges of terrorism, without integrated economic development.

The country said Nigeria and West African nations in general needed economic development, improvement in governance, promotion of rule of law and the political will to enforce the law, to overcome the security problem.

The US Africa Commander, Gen. David Rodriguez, and the Assistant Secretary of State for African Affairs, Ambassador Linda Thomas, said this during a US Department of State live web-chat monitored at the US Embassy in Abuja.

The duo also said corruption and terrorism would continue to hold the Africa continent back if not confronted.

Linda said the US was concerned about the impact of Boko Haram in Nigeria and outside its border.

“We have had a number of discussions with the government of Nigeria on how to address this issue in terms of addressing the broad development and also on how the government response to the threat.

“Our suggestions to the government is that they need a broad perspective. It is not all about security. They do have to think about the impact of their operations on civilians. Hopefully as they go after Boko Haram, they will go into partnership with the civilian community,” she added.