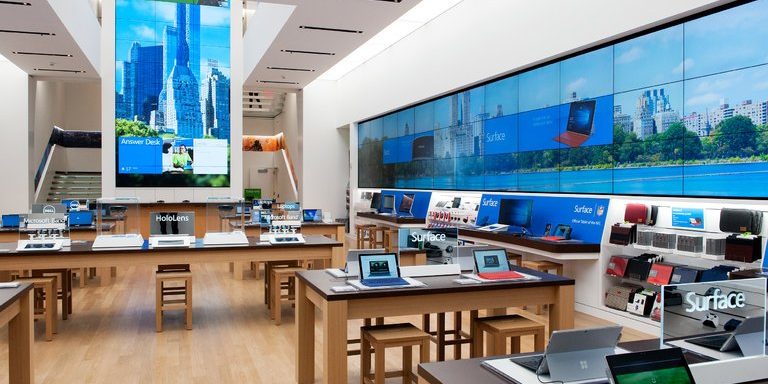 The Windows era at Microsoft, long in eclipse, is officially history.

Microsoft said on Tuesday that it was splitting up its Windows engineering team and that the leader of its Windows business was leaving.

The moves, analysts said, were part of a reorganization intended to accelerate Microsoft’s emphasis on newer, faster-growing businesses like cloud computing and data-fueled artificial intelligence. That shift, they noted, has been underway since Satya Nadella became chief executive in 2014.

In an email to employees, Mr. Nadella cited the central role of cloud computing and the advances in artificial intelligence — and their potential across all the company’s products. The organizational overhaul, Mr. Nadella wrote, “enables us to step up to this opportunity.”

Terry Myerson, 45, executive vice president of Microsoft’s Windows and devices group, will be departing. In a separate email to employees, Mr. Myerson said that he supported the company’s evolution under Mr. Nadella.

“I believe in it, and these changes are great for Microsoft,” wrote Mr. Myerson, who worked for the company for 21 years.

But with the revamp, the Windows group will be smaller and its engineering efforts dispersed. Windows technology, analysts said, will increasingly be folded into Microsoft’s cloud software. Other engineers will create the user applications — “Windows experiences,” in Microsoft terms — that ride on top of the underlying software, in smartphones, tablets, personal computers and game consoles.

Today, cloud services from Amazon, Microsoft and Google have become the internet equivalent of Windows, the dominant operating system of the personal computer era.

Software developers write new applications to run on the cloud services, just as they once did for the Windows operating system. Microsoft has successfully rewritten its popular Office productivity products as web-based applications running on the cloud.

The reorganization is “really doubling down on the cloud as the fundamental platform for Microsoft,” said Ed Anderson, an analyst at Gartner.

Microsoft’s cloud business is powering its growth. In the most recent quarter, its Azure business grew 98 percent and its cloud-based Office 365 offering by 41 percent. By contrast, the division that includes the Windows PC software increased 2 percent.

The formal relegation of the Windows franchise, said Michael Cusumano, a professor at the Massachusetts Institute of Technology’s Sloan School of Management, “has been a long time coming.” And such a transition, Mr. Cusumano said, “probably had to be done by a second or third generation of leader.” Mr. Nadella succeeded Steven A. Ballmer, the longtime ally and friend of Microsoft’s co-founder, Bill Gates.

Beyond the organizational changes, Mr. Nadella said in his email that Microsoft’s research leader, Harry Shum, and president, Brad Smith, have established a panel, the A.I. and Ethics in Engineering and Research Committee, to increase the odds that A.I. technology “benefits the broader society.”

That move, said Patrick Moorhead, an independent analyst, is Microsoft’s effort to show it is “serious about the broader implications of A.I.” at a time of rising concern about the technology’s influence on people’s behavior and as a threat to jobs.