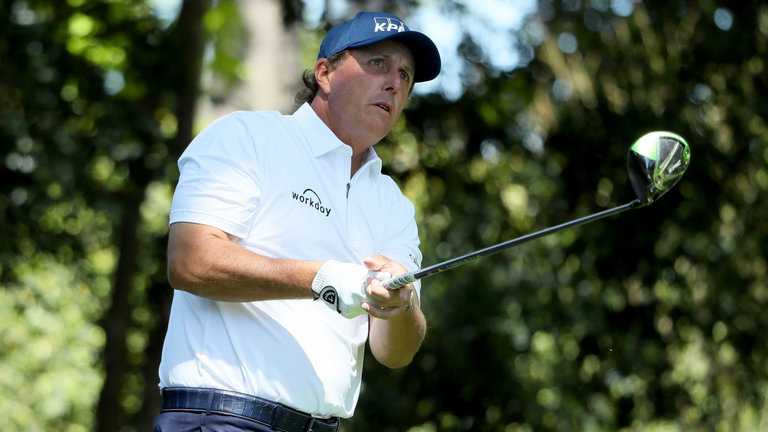 Phil Mickelson could still feature at next week’s US Open, despite saying he would miss the event at Erin Hills.

Mickelson initially said he would skip the tournament due to it clashing with the high school graduation ceremony of his eldest daughter, which takes place in California on Thursday.

The 46-year-old, who is a six-time runner-up at the US Open and needs to win the competition to compete a career Grand Slam, hasn’t officially withdrawn yet and has been given a tee time by the USGA.

Mickelson has been given a late start for the opening round, with a schedule tee time of 2.20pm (8.20pm BST) giving him a faint hope of being able to play in the second major of the year.

The ceremony takes place at 10am Pacific Time (6pm BST) and is roughly a four-hour journey via private jet to get to Wisconsin, leaving Mickelson requiring a weather delay to get there in time.

Isolated thunderstorms are currently forecast during the week, leaving Mickelson with a slight chance of still making his threeball with Stewart Cink and Wisconsin local Steve Stricker.

The only player to officially withdraw so far is Ryder Cup winner Ryan Moore, who has been forced to pull out with a shoulder injury.