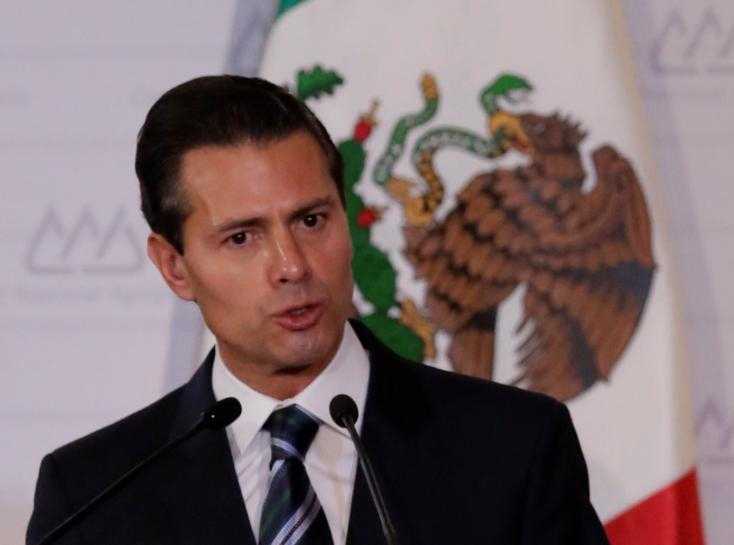 MEXICO CITY Mexicans approve of President Enrique Pena Nieto’s decision to withdraw from a planned summit with U.S. counterpart Donald Trump, even as the Mexican leader’s popularity has sunk to a four-year low, a poll showed on Tuesday.

The survey, by polling firm Buendia & Laredo, showed that 64 percent of 1,000 Mexicans interviewed from Feb. 2-7 approved of Pena Nieto’s decision to cancel a January meeting with the new U.S. president.

The Mexican leader backed out after Trump said he should not attend if he was unwilling to pay for a border wall between the two countries, a central plank of the New York businessman’s election campaign.

In addition to arguments over the border wall, Trump has fanned Mexican anger by threatening to levy a hefty tax on Mexican-made goods entering U.S. markets and scrap a bilateral trade deal.

Pena Nieto has seen his disapproval rating soar to 74 percent, up from 66 percent in November, despite receiving plaudits for cancelling the meeting.

His popularity fell to just 19 percent, its lowest since February 2013, when the first poll in the series was conducted.

Pena Nieto could at least take some consolation from the fact that more Mexicans disapproved of Trump, with 86 percent of those polled saying they had a bad opinion of the American real estate mogul.

Sixty percent expect Trump to follow through on campaign promises to build the border wall, although those interviewed were split 49 percent to 44 over whether the United States or Mexico would pay for it.