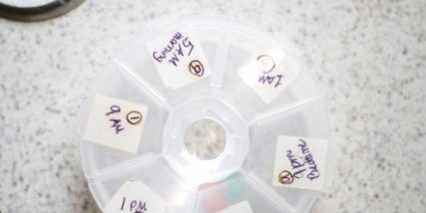 Officials are close to limiting doses of the painkillers, but doctors say doing so could put older patients into withdrawal or lead them to buy deadly street drugs.

Medicare officials thought they had finally figured out how to do their part to fix the troubling problem of opioids being overprescribed to the old and disabled: In 2016, a staggering one in three of the 43.6 million beneficiaries of the program’s drug plan had been prescribed the painkillers.

Medicare, they decided, would now refuse to pay for long-term, high-dose prescriptions; a rule to that effect is expected to be approved on April 2. Some medical experts have praised the regulation as a check on addiction.

But the proposal has also drawn a broad and clamorous blowback from many people who would be directly affected by it, including patients with chronic pain, primary care doctors and experts in pain management and addiction medicine.

Critics say the rule would inject the government into the doctor-patient relationship and could throw patients who lost access to the drugs into withdrawal or even provoke them to buy dangerous street drugs. Although the number of opioid prescriptions has been declining since 2011, they noted, the rate of overdoses attributed to the painkillers and, increasingly, illegal fentanyl and heroin, has escalated.

“The decision to taper opioids should be based on whether the benefits for pain and function outweigh the harm for that patient,” said Dr. Joanna L. Starrels, an opioid researcher and associate professor at Albert Einstein College of Medicine. “That takes a lot of clinical judgment. It’s individualized and nuanced. We can’t codify it with an arbitrary threshold.”

Underlying the debate is a fundamental dilemma: how to curb access to the addictive drugs while ensuring that patients who need them can continue treatment.

The rule means Medicare would deny coverage for more than seven days of prescriptions equivalent to 90 milligrams or more of morphine daily, except for patients with cancer or in hospice. (Morphine equivalent is a standard way of measuring opioid potency.)

According to Demetrios Kouzoukas, the principal deputy administrator for Medicare, it aims to further reduce the risk of participants “becoming addicted to or overdosing on opioids while still maintaining their access to important treatment options.”

The Centers for Medicare and Medicaid Services estimates that about 1.6 million patients currently have prescriptions at or above those levels. The rule, if approved as expected at the end of a required comment and review period, would take effect on Jan. 1, 2019.

Dr. Stefan G. Kertesz, who teaches addiction medicine at the University of Alabama at Birmingham, submitted a letter in opposition, signed by 220 professors in academic medicine, experts in addiction treatment and pain management, and patient advocacy groups.

His patients include formerly homeless veterans, many of whom have a constellation of physical and mental health challenges, and struggle with opioid dependence. For them, he said, tapering opioids does not equate with health improvement; on the contrary, he said, some patients contemplate suicide at the prospect of suddenly being plunged into withdrawal.

“A lot of the opioid dose escalation between 2006 and 2011 was terribly ill advised,” Dr. Kertesz said. “But every week I’m trying to mitigate the trauma that results when patients are taken off opioids by clinicians who feel scared. There are superb doctors who taper as part of a consensual process that involves setting up a true care plan. But this isn’t it.”

Some two dozen states and a host of private insurers have already put limits on opioids, and Medicare has been under pressure to do something, too. Last July, a report by the inspector general at the Department of Health and Human Services raised concerns about “extreme use and questionable prescribing” of opioids to Medicare recipients. In November, a report from the Government Accountability Office took Medicare to task, urging greater oversight of opioid prescriptions.

If the rule takes effect, Mark Zobrosky’s experience could be a harbinger for many patients. Mr. Zobrosky, 63, who lives in the North Carolina Piedmont, takes opioids for back pain, which persists despite five surgeries and innumerable alternative treatments. He has an implanted spinal cord stimulator that sandpapers the edge off agony, and has broken four molars from grinding because of pain, he said. He receives Medicare as a result of his disability, including a private plan that pays for his drugs.

He submits to random urine tests and brings his opioids to his doctor to be counted every month. To prepare for mandatory reductions, his doctor has tapered him down to a daily dose equivalent of about 200 milligrams of morphine. (Mr. Zobrosky has a large frame; doctors say that opioid tolerance depends on many factors — one person’s 30 milligrams is another person’s 90.)

In February, Mr. Zobrosky’s pharmacist told him that his insurance would no longer cover oxymorphone. His out-of-pocket cost for a month’s supply jumped to $1,000 from $225, medical records show. “I can’t afford this for very long and I’m nervous,” he said.

A Medicare official who would speak only on background said that the limit for monthly high doses was intended not only to catch doctors who overprescribe, but also to monitor patients who, wittingly or not, accumulate opioid prescriptions from several doctors. When the dose is flagged, the pharmacist or patient alerts the doctor.

But it falls to pharmacists to be the bad-news messengers. James DeMicco, a pharmacist in Hackensack, N.J. who specializes in pain medications, said that negotiating opioid insurance rejections for patients was already “beyond frustrating.” He spends hours shuttling between doctors and insurers. “My heart goes out to patients because they feel stigmatized,” he said.

Dr. Anna Lembke, an addiction medicine expert at Stanford, sees merit in the intent of the proposed rule, if not its design.

“The C.D.C. declared a drug epidemic in 2011, which they unequivocally and rightly attributed to overprescribing,” she said. “Without external limits, I do not believe that prescribers will be able to limit their prescribing to the extent necessary to address this public health crisis.”

But, she added, Medicare also needed to establish a reasonable grace period to allow patients on high doses to taper down safely.

According to a draft of the rule, when a high-dose prescription is rejected, a doctor can appeal, asserting medical necessity — although there is no guarantee that the secondary insurer covering the drugs under Medicare would relent. A pharmacist may fill a one-time, emergency seven-day supply.

Opponents of the new limit say that doctors are already overwhelmed with time-consuming paperwork and that many will simply throw up their hands and stop prescribing the drugs altogether.

A delay or denial would put chronic pain patients — or those with inflammatory joint diseases, complex shrapnel injuries or sickle cell disease — at risk of precipitous withdrawal and resurgence of pain, doctors said.

The Medicare proposal relies on guidelines from the Centers for Disease Control and Prevention that say doctors should not increase an opioid to a dose that is the equivalent of 90 milligrams of morphine.

But experts say that Medicare misread the recommendations — that the C.D.C.’s 90-milligram red flag is for patients in acute pain who are just starting opioid therapy, not patients with chronic pain who have been taking opioids long-term. The acute pain patient, the guidelines say, should first be offered treatments like acetaminophen or ibuprofen. A short course of a low-dose opioid should be a last resort.

“We didn’t take a specific position on people who were already on high doses,” said Dr. Lewis S. Nelson, the chairman of emergency medicine at Rutgers New Jersey Medical School and University Hospital, who worked on the guidelines.

“We did say that established, high-dose patients might consider dosage reduction to be anxiety-provoking, but that these patients should be offered counseling to re-evaluate,” he added. “There is a difference between a C.D.C. guideline for doctors and a C.M.S. hard stop for insurers and pharmacists.”

Dr. Erin E. Krebs recently released a comprehensive study showing that patients with severe knee pain and back pain who took opioid alternatives did just as well, if not better than, those who took opioids. Nonetheless, she and seven others who worked on the C.D.C. guidelines signed the letter opposing the Medicare rule.

“My concern is that our results could be used to justify aggressive tapering or immediate discontinuation in patients, and that could harm people — even if opioids have no benefit for their pain,” said Dr. Krebs, an associate professor of medicine at the University of Minnesota.

A version of this article appears in print on March 28, 2018, on Page A1 of the New York edition with the headline: Greater Pain if Medicare Pulls Back on Opioids. Order Reprints| Today's Paper|Subscribe