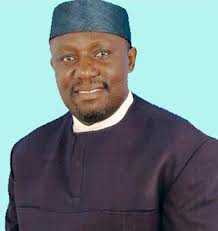 Angry reactions have started trailing the legalisation of abortion by Imo State Government, as many people were seen Wednesday, discussing what they described as an obnoxious law.

Some clerics and social critics that spoke to Vanguard on the issue, described the abortion law as “inhuman, immoral and against the will of God.”

A social critic, Mazi Damian Nze, who reacted angrily to the abortion law, said: “Legalising abortion in Imo State is a moral absurdity and a sure proof that our lawmakers have amply shown that they do not have any serious business in the legislature.”

He reasoned that a careful watcher could readily observe that Imo might turn out to be the only state that had given legal stamp to the procurement of abortion by any woman at will.

In her own reaction, Lady Tina Onyegecha said the legalisation of abortion in the state was inhuman, immoral and a sharp departure from the will of God.

She said: “Life is sacred. It is inalienable. It should not be toyed with. If the mothers of todays protagonists of the abortion law were aborted by their mothers, they would not have been alive to pass this Bill into law.”

Speaking also, a former commissioner for information, Dr. Kelechukwu Okpalaeke, said that Imo State was basically a Christian dominated state, adding that legalising abortion was against everything the people believed in.

“Imo is basically a Christian dominated state. Giving legal authority to abortion in the state runs counter to everything the people believe in.

“For such a thing to be legalised in Imo State is most embarrassing. Concerned citizens are already expressing palpable fear that this am turn ou to be a prelude to legalizing same sex marriage in the state”, Dr. Okpalaeke said.

He said there was no consultation whatsoever before the law makers passed the Bill, which was later signed by Governor Rochas Okorocha.

Similarly, the Chairman, Catholic Medical Practitioners Association, Dr. phillip Njemanze, also reacted angrily to the Law, arguing that “the law is anti-God, dehumanizing and totally unacceptable to the Association.

“The Law is devastating. With its signing into law by Governor Okorocha, abortion has been legalised in the state and anybody, just anybody can now ask for abortion as of right in the state.”

While recalling that the National Assembly had earlier rejected the Bill, especially as it is against humanity, Njemanze equally reasoned that the law would encourage human egg trafficking.