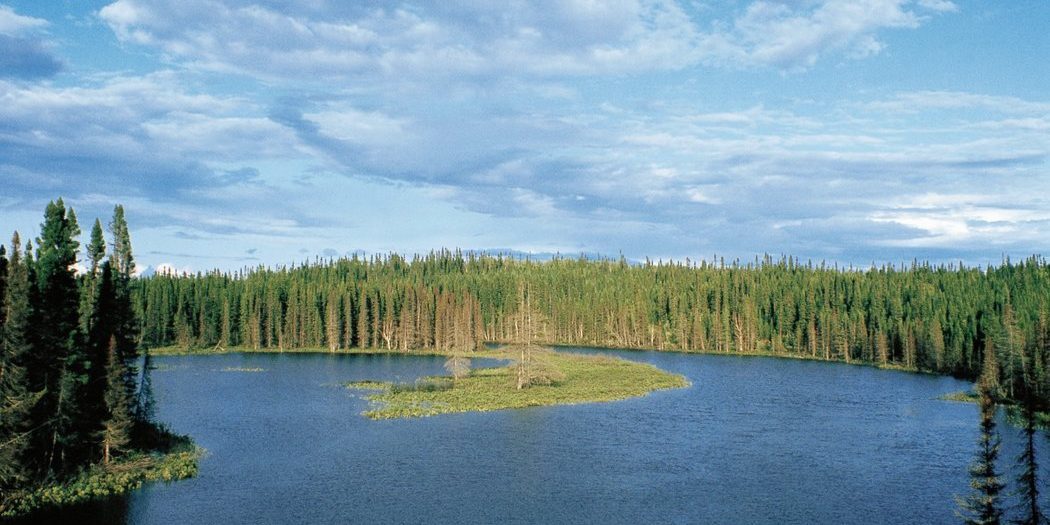 For decades, scientists have been trying to figure out what all the carbon dioxide we have been putting into the atmosphere has been doing to plants. It turns out that the best place to find an answer is where no plants can survive: the icy wastes of Antarctica.

As ice forms in Antarctica, it traps air bubbles. For thousands of years, they have preserved samples of the atmosphere. The levels of one chemical in that mix reveal the global growth of plants at any point in that history.

Analyzing the ice, Dr. Campbell and his colleagues have discovered that in the last century, plants have been growing at a rate far faster than at any other time in the last 54,000 years. Writing in the journal Nature, they report that plants are converting 31 percent more carbon dioxide into organic matter than they were before the Industrial Revolution.

The increase is because of the carbon dioxide that humans are putting into the atmosphere, which fertilizes the plants, Dr. Campbell said. The carbon in the extra plant growth amounts to a staggering 28 billion tons each year. For a sense of scale, that is three times the carbon stored in all the crops harvested across the planet every year.

“It’s tempting to think of photosynthesis at the scale of the entire planet as too large to be influenced by human actions,” said Christopher B. Field, the director of the Stanford Woods Institute for the Environment, who was not involved in the study. “But the story here is clear. This study is a real tour de force.”

Starting in the Industrial Revolution, humans began to pump carbon dioxide into the atmosphere at a prodigious rate. Since 1850, the concentration of the gas has increased over 40 percent.

Since plants depend on carbon dioxide to grow, scientists have long wondered if that extra gas might fertilize them. The question has been hard to answer with much certainty.

For one thing, a plant relies on more than just carbon dioxide. It also needs water, nitrogen and other compounds. Even with a perfect balance of nutrients, plants may grow at different rates depending on the temperature.

To get some real-world measurements of plant growth, some scientists have built enclosures so that they can determine the precise amounts of carbon dioxide as well as the growth of plants. They can even run experiments by flooding the enclosures with extra carbon dioxide.

Trees and other plants in these enclosures have indeed grown faster with more carbon dioxide. But it has been hard to extend these results to the planet as a whole. Scientists found that plants responded differently to carbon dioxide in different parts of the world. The logistical challenge of these experiments has mostly limited them to Europe and the United States, leaving huge swaths of forests in the tropics and the far north little studied.

More recently, scientists have turned to satellites to get clues to what plants have been doing. They have measured how green the land is, and from that data they have estimated the area covered by leaves.

But this method has its shortcomings, too. Satellites cannot see leaves hiding under clouds, for example. And the size of leaves serves as only a rough guide to a plant’s growth. If a plant builds bigger roots, that growth will be hidden underground.

Carbonyl sulfide — a molecule made of a carbon atom, a sulfur atom and an oxygen atom — is present only in a few hundred parts per trillion in the atmosphere. That is about a million times lower than the concentration of carbon dioxide. Decaying organic matter in the ocean produces carbonyl sulfide, a gas that then floats into the atmosphere.

“You can see it in real time,” said Max Berkelhammer, an atmospheric scientist at the University of Illinois at Chicago. “In the morning when the sun rises, they start to pull it out.”

This discovery led scientists to go to Antarctica. The air that reaches the South Pole is so well mixed that its carbonyl sulfide level reflects the worldwide growth of plants.

As ice forms in Antarctica, it captures bubbles of air, creating a historical record of the atmosphere reaching back thousands of years. Last year, Dr. Campbell and his colleagues analyzed carbonyl sulfide records from the last 54,000 years.

Over the course of several thousand years at the end of the ice age, the gas dropped significantly. Dr. Campbell said the decline reflected the retreat of the glaciers. As new land was uncovered, plants sprang up and began destroying carbonyl sulfide.

It is more challenging to interpret the more recent record in the ice. Since the Industrial Revolution, humans have added extra carbonyl sulfide through textile manufacturing and other activities. This infusion of carbonyl sulfide has raised levels of the gas in the ice over the past century.

“The pace of change in photosynthesis is unprecedented in the 54,000-year record,” Dr. Campbell said. While photosynthesis increased at the end of the ice age, he said, the current rate is 136 times as fast.

With all that extra carbon dioxide going into plants, there has been less in the air to contribute to global warming. The planet has warmed nearly 2 degrees Fahrenheit since 1880, but it might be even hotter if not for the greening of the Earth.

Dr. Berkelhammer, who was not involved in the new study, said the research would serve as a benchmark for climate projections. “It means we can build more accurate models,” he said.

To test out climate models, researchers often go back to the historical record and see how well they can replay it. Now they can see if their models project plants growing at the rate observed by Dr. Campbell and his colleagues.

It is still an open question what plants will do in years to come if carbon dioxide emissions continue to rise.

More carbon dioxide might spur even more growth. But many climate models project that plants will suffer as temperatures rise and rainfall patterns shift. Despite the extra carbon dioxide, worldwide plant growth may fall, and plants will no longer help to buffer the impact of global warming.

“I’ve been referring to this as a carbon bubble,” Dr. Campbell said. “You see ecosystems storing more carbon for the next 50 years, but at some point you hit a breaking point.”

A version of this article appears in print on April 11, 2017, on Page D3 of the New York edition with the headline: A Global Greening. Order Reprints| Today's Paper|Subscribe