MASSOB & AIYO clash in Onitsha 1 dead and many injured 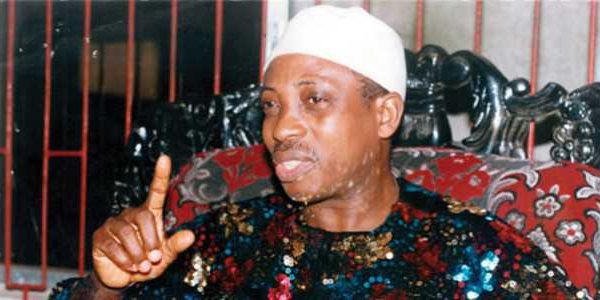 One person was allegedly killed while several others were injured when some people suspected to be members of the Movement for the Actualization of the Sovereign State of Biafra (MASSOB) clashed with the Association of Igbo Youths Organization (AIYO) in the commercial city of Onitsha in Anambra State.

It was gathered that MASSOB members in search of the hideouts of the AIYO invaded their alleged torture camp inside a thick forest along the Onitsha-Owerri Expressway in a bid to dislodge them and restore normalcy in the commercial city.

Though, MASSOB’s Director of Information, Uchenna Madu said there was no record of death in the incident, he confirmed that MASSOB acting on series of complaints from members of the public about the criminal activities of AIYO moved in to flush them out and restore peace and security in the area.

Madu further disclosed that his men went after the suspected hoodlums in the name of Igbo youths because of complaints that they were using their illegal torture camps along Onitsha-Owerri Road to cause breach of security.

“MASSOB as the genuine Igbo group genuinely fighting for Ndigbo after reports of rape, kidnapping, illegal arrests and detention as well as armed robberies by a group of miscreants that called themselves AIYO decided to move into their illegal camps where even security agents could not enter and as I am talking to you, we have taken over the area and dislodged them.

“This group of boys was also responsible for series of crime along the Onitsha-Owerri Road and other parts of Onitsha. They had kidnapped people including our men and they were taken to the illegal torture camps where the victims were forced to part with money and other valuables to regain their freedom. When MASSOB had access to the said camp, we discovered so many people kidnapped and tied to stakes in the area,” he said.

However, the leader of AIYO who pleaded for anonymity told Daily Sun in a telephone interview that members of MASSOB invaded their camp along Onitsha-Owerri Road, wielding dangerous weapons and tried to dislodge them.

The AIYO leader further accused MASSOB members of trying to dominate the entire Igbo land, adding that the organization was working for the state government through their National Leader, Chief Rommy Ezeonwuka.

“MASSOB invaded some camps of our members around 2am yesterday, wielding dangerous weapons and started brutalizing our members, burning down the make shift camp we are using as our operational base. They were saying that AIYO is an illegal group but they forgot that we are the only group recognized by Anambra State Government through our National Leader, Chief Rommy Ezeonwuka,” he said.

Meanwhile, Anambra State Police Command through the Police Public Relations Officer, Mr. Emeka Chukwuemeka had confirmed the incident but said there was no casualty.