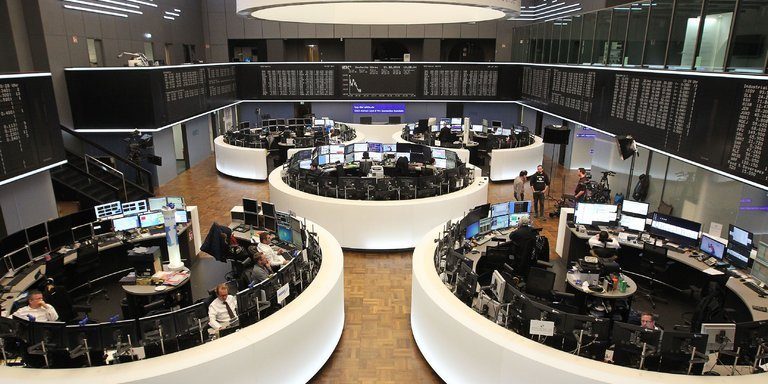 The market reactions were initially quiet, as investors waited for details of any tariffs that might stem from Mr. Trump’s remarks. On Thursday he said he had instructed United States trade officials to determine whether new tariffs were warranted and, “if so, to identify the products upon which to impose such tariffs.”

Major world stock markets opened less than 1 percent lower on Friday, led by Germany. Asian markets were mixed, with China on holiday and Hong Kong just returning from one. The dollar fell in value slightly against the Japanese yen.

Futures that track stocks in the United States signaled a similarly muted drop on Friday.

Investors could perhaps be forgiven for their indecision. The muted drop follows a roller-coaster week for investors thanks to the tit-for-tat tariffs exchanged between Beijing and Washington. Investors have sold equities on initial worries about a trade war, only to return to markets when it appeared that the two sides would be willing to talk.

“People have started to feel like this is a bit of the children’s game. Somehow the markets haven’t really gotten any actual sense of whether this will be true,” said Vincent Chan, head of China equity research for Credit Suisse, the investment bank.

“Tariffs on $100 billion of Chinese products is a big thing, but the market thinks it’s a bit of a childish move. The market doesn’t know how to react,” Mr. Chan added.

China on Monday announced tariffs on $3 billion in American goods in response to steel and aluminum tariffs Washington imposed last month. Then on Tuesday American officials detailed plans for tariffs on roughly $50 billion in Chinese goods, only for China to announce tariffs on a similar amount of American goods just hours later.

Should Mr. Trump impose tariffs on $100 billion in Chinese goods, the impact could be significant. Capital Economics, a research firm, estimated that could shave up to half a percentage point from China’s economic growth rate. That could be felt around the world, as China is a major provider of global growth. Its economy last year grew 6.9 percent.

Credit Suisse estimated the tariffs could have a more limited impact but could make Beijing more cautious in carrying out reforms that could better prepare the Chinese economy for future growth.

Still, many investors are betting that the two sides are simply grandstanding and that they would reach a compromise that would avert an all-out trade war.

One sure loser this week was the Chinese currency, the renminbi. It lost 0.7 percent of its value against the United States dollar in markets outside the mainland, its biggest weekly fall this year. Still, China tightly controls the value of its currency and could shore it up if the renminbi moves more dramatically.