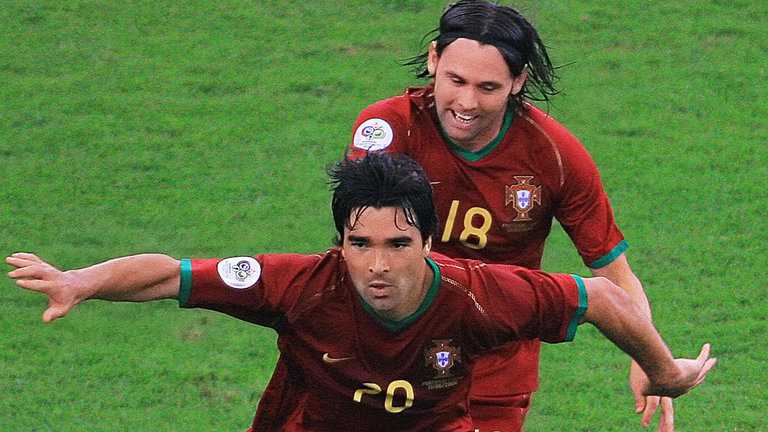 The six-a-side tournament, held at The O2 in July, will feature the world’s greatest players in their national team colours to renew old rivalries over four days of intense competition.

Maniche, the former Porto, Chelsea and Inter Milan midfielder, was a key part of a Portugal team that reached the latter stages of several major tournaments, including the semi-finals of Euro 2000 and the 2006 World Cup, as well as finishing as runners-up to Greece in the 2004 European Championships.

Roberto Carlos, Robert Pires, Michael Owen, Marcel Desailly, Gerrard and Ballack are among the leading stars who will take part in the 12-nation tournament, and Maniche is delighted to be up against them.

“Most of the players already announced are truly iconic in the world of football, so it’s a privilege to be included in this prestigious group,” said Maniche, who boasts Champions League, UEFA Cup, Premier League and Serie A winners’ medals.

And he believes Portugal will be among the favourites, given the quality of his compatriots, although, having been drawn with Germany, France and Denmark, they’ll have to negotiate the tournament’s ‘group of death’ to make the quarter-finals.

“Yes – I think we can win. Everyone knows Deco, Vitor and Fernando’s careers,” he added. “Having those names in our team is a reason to have an eye on the trophy.

“Obviously, the other teams also have great names in their squads, so fitness levels could be crucial. But the most important thing is to feel excited about playing at Star Sixes.

“I am sure this will be a huge event and that everyone who goes to The O2 will be happy to see again some of the greatest legends of world football.”

Portugal kick off their Group C programme against Denmark on Thursday, July 13 before renewing their rivalry with France the following evening – just a year after defeating the hosts to win Euro 2016.

Deco, Maniche, Eric Abidal and William Gallas, who were on opposing sides in Portugal’s World Cup semi-final defeat to France in 2006, will also lock horns at Star Sixes.

Portugal wrap up their Group C programme against Germany on Saturday, July 15 when Deco, match-winner Michael Ballack and Jens Lehmann will relive their Euro 2008 quarter-final clash, which Germany edged 3-2.

Maniche will be happy simply to be wearing the colours of Portugal again.

“It gives me tremendous satisfaction to wear my country’s shirt – it’s something to be proud of,” he continued.

“Besides that, getting together with my old national team-mates is another reason for satisfaction. Being with them again will revive some old memories – unforgettable moments we have been through together.”