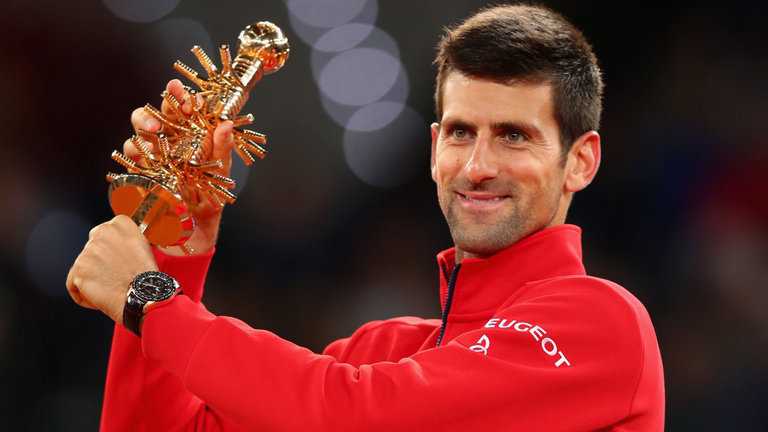 The stars of tennis return to Masters 1000 action as they head to La Caja Magica for what should be another action-packed week on Sky Sports.

Rafael Nadal is back in form on his favourite clay surface having claimed back-to-back titles in Monte Carlo and Barcelona in recent weeks.

He will be out to win his fifth title in Madrid, but will have defending champion Novak Djokovic and world No 1 Andy Murray aiming to kick-start their season.

The tournament was played from 2002-08 on indoor hard courts before the surface became clay.

Businessman and former player Ion Tiriac took over in 2009 and has attempted to introduce new and innovative ways of keeping spectators entertained.

He introduced fashion models as ball girls and a blue clay surface in 2012 but due to threats of boycotts from Nadal and Djokovic, they quickly moved back to the red stuff the following year.

Previous winners include Andre Agassi, Marat Safin and Swiss legend Roger Federer in 2006 and 2012. Murray won the title in 2008 against Gilles Simon before claiming his second crown in 2015 when he crushed four-time winner Nadal.

Djokovic has walked away with The Ion Tiriac Trophy in 2011 and then again last year when he beat Murray in three sets.

For those on the move, we will have Madrid, Rome and the French Open covered via our website skysports.com/tennis, our app for mobile devices and iPad, or follow our Twitter account @skysportstennis for news, reports, live blogs and expert analysis with updates on Sky Sports News HQ.