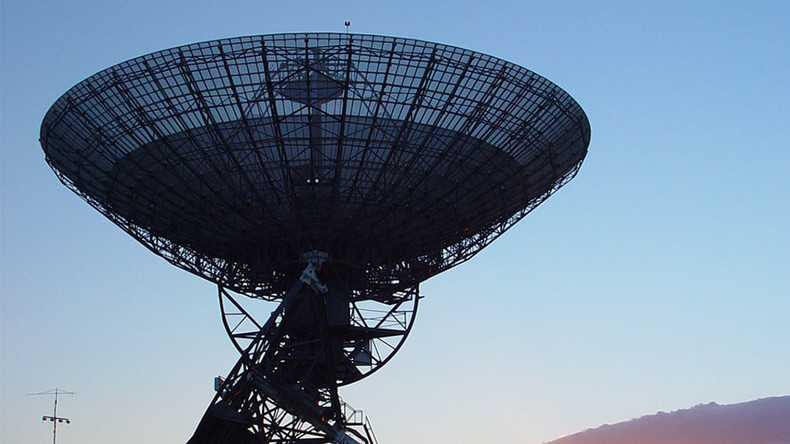 The technique is being refined by NASA experts from the agency’s Jet Propulsion Laboratory in Pasadena, California, and involves an extremely powerful antenna shooting high frequency radio waves into space.

NASA reported how it used the 70-meter antenna at the Goldstone Deep Space Communications complex in the Mojave Desert to detect India’s Chandrayaan-1, which lost contact with earth almost a decade ago.

The Indian Space Research Organisation spacecraft was launched in 2008 and carried out more than 3,400 successful orbits of the moon before it became inoperative.

By sending out a “powerful beam of microwaves” towards the moon and collecting bounceback echoes at the 100-meter Green Bank Telescope, West Virginia, NASA has effectively been able to find a needle in a haystack.

The Chandrayaan-1 is reportedly the size of a Smart car but, by utilizing information known about the spacecraft’s last movements, NASA has been able to pinpoint the Chandrayaan-1 on radar by hitting it with radio waves.

The craft was reportedly located a total of seven times in three months since July 2016. NASA’s antenna technique also located the Lunar Reconnaissance Orbiter (LRO), which has been documenting temperatures on the moon.

“We have been able to detect NASA’s Lunar Reconnaissance Orbiter and the Indian Space Research Organization’s Chandrayaan-1 spacecraft in lunar orbit with ground-based radar,” said NASA scientist Marina Brozovic, adding that “finding LRO was relatively easy, as we were working with the mission’s navigators and had precise orbit data where it was located.”

“Finding India’s Chandrayaan-1 required a bit more detective work because the last contact with the spacecraft was in August of 2009.”