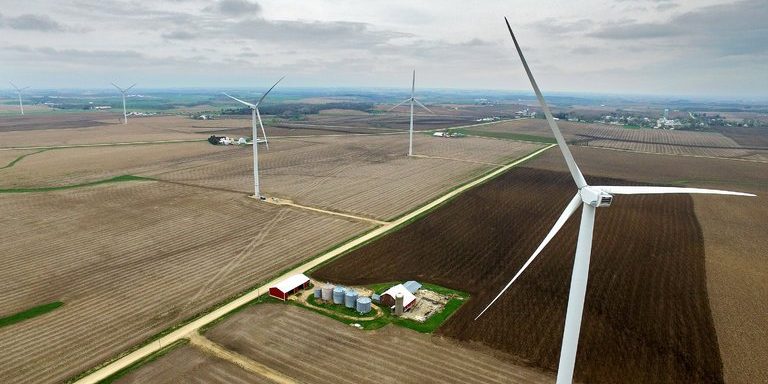 The Trump administration’s deepest impact on domestic climate policy might have little to do with its efforts to dismantle the Clean Power Plan or its decision on the Paris accord.

Instead, the coming battle over the future of the Energy Department could prove far more significant for the United States’ long-term efforts to cut greenhouse gas emissions.

Among energy experts, there is broad agreement that the world still needs major technological advances to halt global warming, like better batteries to integrate larger shares of solar and wind power into the grid, or carbon capture to curb pollution from cement plants.

Historically, the Energy Department has nurtured these kinds of innovations, conducting basic research in its network of 17 national laboratories and aiding private firms struggling to bring risky technologies to market. But those efforts would be drastically scaled back under President Trump’s fiscal 2018 budget proposal, released on Tuesday, which proposes to cut the agency’s energy programs by $3.1 billion, or 18 percent below last year’s levels.

The agency’s Office of Energy Efficiency and Renewable Energy, which has helped nudge down the cost of solar power, faces a 69 percent cut. The Advanced Research Projects Agency-Energy, a program that funds research into long-shot energy technologies, like algae biofuels or advanced batteries, would face elimination. And, despite Mr. Trump’s stated desire to promote “clean coal,” the Office of Fossil Energy, which invests in techniques to scrub carbon dioxide from coal plants and bury it underground, faces an 85 percent cut to its carbon-capture efforts.

Even if members of Congress, who have indicated they will resist many of these changes, shield the agency from cuts, observers worry about the broader effects of an administration skeptical of federal energy research. Political appointees can still thwart approval of new programs internally — and already appear to be doing so. Uncertainty over funding could disrupt plans for research at the national labs. Many career staff members are now contemplating leaving, raising fears of a talent drain.

“Companies need a degree of certainty from the agency,” said Jeff Navin, a former acting chief of staff at the Energy Department. “The worry is that if someone has a game-changing technology and is looking to the government to help them commercialize it, maybe Europe or China starts to look more attractive.”

Only one-fifth of the department’s $30 billion budget is devoted to energy programs. The rest goes toward maintaining the nation’s nuclear weapons arsenal, cleaning up environmental messes from the Cold War and conducting scientific research in areas like high-energy physics.

But that slice of energy spending plays an outsize role in helping commercialize new technologies — particularly since private investors often lack patience for bankrolling large-scale energy infrastructure that may take decades to pan out. The agency’s investments in shale-gas technology in the 1970s laid the groundwork for the fracking boom now revolutionizing the domestic energy landscape.

Under the Obama administration, the department focused on reducing the costs of clean-energy technologies to help combat global warming. That included programs like the SunShot Initiative, which helped drive down the price of utility-scale solar more than 70 percent from 2010 to 2016. The department also provided financial support to start-ups like Tesla, Elon Musk’s electric-vehicle venture, and, less successfully, Solyndra, a failed solar company.

Yet many analysts argue that the United States is still underfunding energy research, which has declined since the 1970s after adjusting for inflation. “It’s risky to say that we already have all the technologies we need to tackle climate change,” said David M. Hart, who studies energy and innovation policy at George Mason University. “The more bets we’re making now, the better positioned we’ll be to meet those challenges.”

What happens if the agency pulls back on energy research?

The Trump administration’s budget makes clear that it does not consider climate change a priority. Its proposed cuts to the Energy Department were heavily influenced by the Heritage Foundation, a conservative think tank that argues that the federal government should fund only very basic research and leave commercialization entirely to the private sector.

That thinking is reflected clearly in places like the budget for the agency’s Office of Nuclear Energy, which faces a 31 percent cut. Although the proposal would preserve some basic lab research into advanced nuclear fuels, it would cancel cost-sharing agreements with firms like TerraPower and X-energy working on new designs for reactors that might produce less radioactive waste than today’s models.

Few experts believe the private sector can fill the void if the Energy Department pulls back.

Even if Congress shields the agency’s budget for next year, as it did for fiscal year 2017, current and former staff members fear that the department may be reluctant to tackle big energy challenges.

In public, Rick Perry, the energy secretary, has disagreed with the Heritage Foundation’s position. “I’m a big believer that we have a role to play in applied R. & D. and technology commercialization,” he told senators at his confirmation hearing in January. Yet inside the department, Mr. Perry has struggled to articulate a clear direction for the agency, and a number of initiatives have slowed to a crawl.

In recent months, the secretary’s office has demanded to review all new and pending grants and contracts, creating a bottleneck that did not exist previously and that has bogged down agency work, employees say. Recently, Democrats on the House appropriations committee wrote a letter to Mr. Perry criticizing him for delaying funding for renewable energy and other programs that Congress mandated in its 2017 budget.

One sign of how adrift the agency has become: The previous secretary, Ernest J. Moniz, set up an Office of the Under Secretary for Science and Energy to break down walls between basic research at the national labs and applied energy programs. That office had 15 employees last year. Today, it has just two.