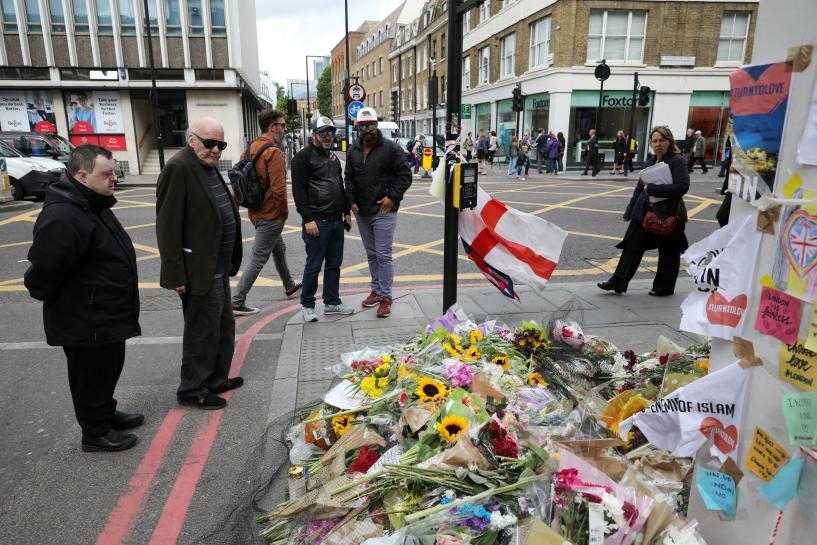 LONDON The three Islamists who killed eight people after driving a van into pedestrians on London Bridge and then attacking nearby revelers had initially tried to hire a 7.5 tonne (8.3 ton) truck, the head of the UK capital’s counter-terrorism unit said on Friday.

Commander Dean Haydon also revealed that the men had a stockpile of petrol bombs in the back of their van and carried out their deadly attack with pink ceramic knives. Officers also discovered a Koran in their safe house, opened at a page on martyrdom.

The discoveries, especially of the plan to hire a truck, suggested more could have been killed.

“Getting hold of a 7.5 tonne lorry – the effects could have been even worse,” Haydon told reporters.

Although Islamic State militants have claimed responsibility for the attack, Haydon said there was no evidence the attackers – Pakistani-born Briton Khuram Butt, Italian Youssef Zaghba and Rachid Redouane who had links to Libya, Morocco and Ireland – were directed by anyone else, either in Britain or abroad.

“We’re not looking for a wider network,” said Haydon, head of London’s Counter Terrorism Command, adding that officers were still trying to piece together how the three men had met. “How did they know each other? They are a diverse bunch,” he said.

On Saturday morning, Butt, who Haydon said was believed to be the ringleader, tried to rent a 7.5 tonne truck but did not provided payment details.

It was not clear why he could not pay, or if he lacked the necessary license to drive such a vehicle. But his attempt echoed last July’s attack in Nice, France, when a 19-tonne truck was driven into crowds, killing 86 people.

Shortly before 1700 GMT, Butt received a text message confirming his hire of a Renault van instead.

At about 1730 GMT, the men drove to pick up the van before heading to Zaghba’s home in east London. At 1838 GMT they left and two hours later the van reached London Bridge which they drove along twice before targeting pedestrians on the sidewalk on their third run.

Three people on the bridge were struck and killed by the van, believed to have been driven by Butt, before the men abandoned the vehicle and began to attack people in bars and restaurants in the nearby bustling Borough Market area.

The men were armed with identical 12-inch (30cm) pink ceramic knives, strapped to their wrists with leather bound around the handle. They were also wearing fake suicide belts – plastic water bottles wrapped in duct tape.

Eight minutes after police were alerted, armed officers arrived at the scene and fired 46 rounds, killing all three men. Their victims were three French nationals, two Australians, a Canadian, a Spaniard and a Briton.

In the attackers’ van detectives found 13 wine bottles, filled with lighter fuel with rags wrapped round them to make Molotov cocktail petrol bombs. There were also two blow torches which Haydon thought could have been used to light the homemade bombs as part of a possible secondary attack.

“They were still fairly close to the van. There is a possibility that they could have come back,” Haydon said.

There were also office chairs, a suitcase and two bags of gravel which Haydon said might have been to add weight or to act as a cover story for their activities to friends and family.

He said Redouane’s home, an apartment in Barking, east London, was the men’s safe house where they put their plot together and prepared the attack.

There they found an English-language copy of the Koran which had been left open on a page describing martyrdom, along with other items linked to their attack.

Haydon said since last Saturday they had taken 262 statements from people from 19 different countries and numerous international inquiries were ongoing relating to the attackers and the victims.

British police and security services were criticized after it emerged that they had known about Butt, who featured in a TV documentary entitled “Jihadis Next Door”, in which he joined a group unfurling an Islamic State (IS) flag in a park.

Haydon acknowledged that Butt had links to al Muhajiroun, a banned group headed by cleric Anjem Choudary. He was jailed last year for encouraging support of IS, which has been linked to numerous militant plots in Britain and abroad.

Butt was also arrested for fraud last October but was about to be told by prosecutors he would face no further action.

“We will be looking at intelligence and our processes, and asking ourselves the question: ‘Could we have prevented such an attack?’,” Haydon said. “There is nothing that I’m seeing at the moment that suggested that we got that wrong.”

Police have installed security barriers running alongside the sidewalks at eight bridges across the River Thames, and Haydon said similar protection was being considered at other locations.