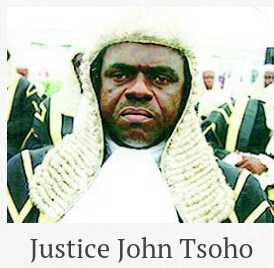 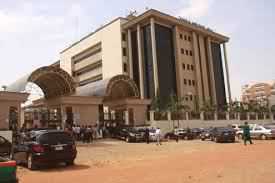 Following the 7th March 2016 adjournment of the trial of The Leader Of The Indigenous People Of Biafra and Director Of Radio Biafra/Biafra Television Citizen Nnamdi Kanu,

the contradicting ruling of Secret Trial and masked faces made by Justice John Tsoho at Federal High Court Abuja is scheduled to be held today been the 9th of March 2016. But speaking with the defending counsel Barrister Ifeanyi Ejiofor,he stated that the Leader of The Indigenous People Of Biafra will not be brought to Court today, for security reasons.

As at 9:45am the presiding Judge Justice John Tsoho, Prosecuting Counsel and the Defendants are not yet in Court. But, the counsel of the defendants San Chucks Muoma and Barrister Ifeanyi Ejiofor are sited, while awaiting the arrival of the Judge and the prosecuting counsel.

There was an argument in Court, as to how the presumed witnesses will be brought into the Court room by Security agents, without been captured by the press or persons present in the Court premises. It was finalized that, they will be masked and will stand behind the presumed screen standing erect in front of the Court room.

Reports from Abuja federal high court; has it that there are no screening facilities for the masked witnesses, hence they resolve using curtain.They concluded that the witnesses will be masked and their names will not be known to those in the Court. Few persons will be allowed into the Court premises, whilst the remaining seats will be vacant. 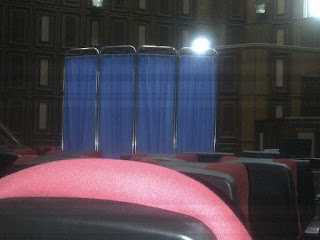 The Press was ordered to leave in other to bring in the witnesses and make some demonstrations. The presiding Judge Justice John Tsoho  arrived the Court at exactly 10:05am and Court proceedings took off, with the introduction of both counsels and their learned friends.

The prosecuting counsel L.U Idiakwor “My Lord the Five witnesses are outside the Court, waiting to come into the Court to testify. But because of the motion of notice filed by the counsel of the defendants, we shall be asking for an adjournment so that we will be able to respond to the application”

The court session is said to be over as the so called masked witnesses did not appear the defendants lawyer Barr. Ifeanyi Ejiofor said that they have filed a motion for stay of proceedings, meaning  that the presiding judge Justice John Tsoho will not be presiding over this case anymore, owing to his compromising stance concerning the previous rulings and  defendants no confidence declaration

Nnamdi Kanu came to the court few minutes after judgement was passed, and was later escorted back to the prison.
Information from the defendants lawyer, Barrister Ejiofor had it that the appeal proceedings shall be taking place tomorrow and  the case has been adjourned till 6th of April 2016.