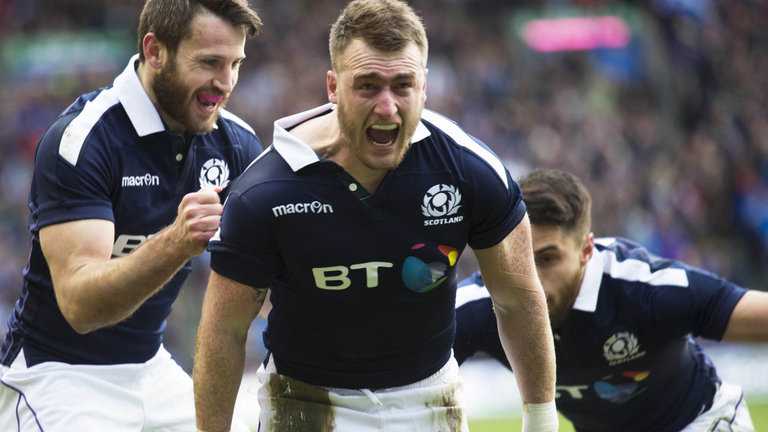 Scott Quinnell, Will Greenwood, Rory Lawson and Alan Quinlan pick their Home Nations team of the weekend with one eye on the Lions tour to New Zealand.

The Six Nations is always fiercely contested but in a British and Irish Lions year, that intensity goes up even further.

There is a lot of rugby to be played before the Lions head down to take on New Zealand in June – live on Sky Sports – but we asked our experts to keep a close eye on the first round of the Six Nations and pick a Home Nations team based on their performances.

Only players who played over the weekend were eligible which ruled out the likes of the injured Billy Vunipola and Jonathan Sexton.

Scott Quinnell admitted it was a tough call to pick his team – especially at centre and No 8. However, he opted to move Scott Williams from inside to outside centre to partner Owen Farrell. He also decided on another positional switch with CJ Stander moving from No 6 to No 8.

We were quite surprised that Rory Lawson didn’t opt for 15 Scotland players after their heroics but we can imagine that Stuart Hogg was first on the list after his superb performance. Like SQ, Owens has also opted for Ken Owens at hooker and Ryan Wilson comes in at No 8.

Alan Quinlan was also impressed with the performance from Hogg – “He was the best player on the field in Murrayfield, his second try was outstanding and he showed how dangerous he is with ball in hand.”

Will Greenwood was quick to point out that this team is his Home Nations team rather than his Lions selection as he would definitely want the Vunipola brothers involved. Greenwood was impressed though by the character of Scotland – especially by the likes of Jonny Gray and Alex Dunbar.

Catch all the action from this historic series live only on Sky Sports.