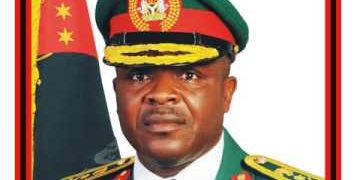 Lieutenant-General Azubuike Ihejirika, on Friday, stated that military rule, in whatever way, cannot be compared to democratic rule.

Ihejirika made the remarks at a public presentation of a book titled ‘Democracy in Nigeria and the Induction of National Representatives and State Coordinators’, organised by the National Democratic Stakeholders Group (NDSG) in Abuja.

He was represented by Chief of Civil-Military Affairs in the Army Headquarters, Major-General Mobolaji Koleoso.

He said that the Nigerian military, realising the importance of democracy in national transformation, would not relent in its effort at protecting the norm.

He, however, stressed the military’s commitment to defending the integrity of the country against any aggression.

We are committed to it. What we demand from Nigerians is that we should be well understood; we need information to be able to root out this criminals in our society and we will treat all the information with utmost confidentiality,” he said.