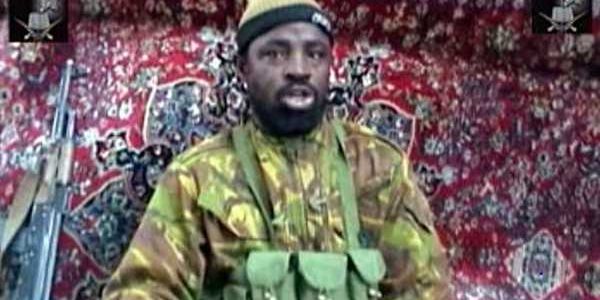 Information peddled by Nigerian Government and circulated by the media has been shown to be false as the Boko Haram leader Abubakar Shekau announced his presence with the slaughter of 44 Muslim worshipers and 12 villagers in Borno. The attack it was learnt was directed at followers of the breakaway faction of Boko Haram negotiating with the Government of Nigeria who earlier claimed they had killed Shekau and overthrown him as the leader of the insurgency group.

Despite being declared a global terrorist and a $7million reward placed on him by the United States (US), Boko Haram leader Abubakar Shekau is still talking tough.

Shekau, in a video yesterday, dared US President Barack Obama, French President Francois Hollande and Israeli Prime Minister Benjamin Netanyahu to come for him, saying: “They are no match for me.”

He spoke amid reports that 44 people were killed on Sunday in a mosque while praying in Konduga, some 35 kilometres outside Maiduguri, the Borno State capital, which is the epicentre of the sect’s activities.

The bodies, according to Associated Press (AP), were counted yesterday “although the deadly attack by militants took place on Sunday morning.”

In the video obtained by Agence France Presse (AFP), Shekau, while claiming responsibility for the recent killings in some parts of the North, said: “I’m challenging Obama.”

Throwing similar challenges to Hollande and Netanyahu, he said he was in “good health”, pointing out that there is nothing to fear from the military operation in some parts of the Northeast.

The military campaign began after the Federal Government declared a state of emergency in Adamawa, Borno and Yobe states on May 14.

“You have not killed Shekau,” he said in the video distributed through a local intermediary in a similar manner to previous Boko Haram messages.

Seated on a short stool with a kalashnikov resting on his right shoulder, Shekau said Boko Haram was “responsible” for several deadly raids over the past month.

These include attacks on the police and the military in Malam Fatori and Bama, which sparked clashes in which at least 35 people died, according to the military.

The video contained what Shekau claimed was a footage of Boko Haram gunmen opening fire on the military in Bama, using heavy weapons mounted on flat-bed trucks.

Shekau also referred to fighting in Baga and Gamboru Ngala near the border with Cameroon.

The Boko Haram insurgency is estimated to have claimed more than 3,600 lives since 2009, including killings by security forces.

On May 12, Shekau claimed responsibility for attacks that left scores dead in Baga and Bama in a 12-minute video which also showed some women and children held hostage by the terror group.

In another video after the declaration of emergency in Borno, Yobe and Adamawa states, the sect claimed to have recorded a few losses while forcing the military to retreat on many occasions.

“Since we started this ongoing war which they call state of emergency … in some instances soldiers who faced us turned and ran,” Shekau said.

He claimed that the military threw down their arms in flight, just as he urged like-minded Islamists in countries, such as Afghanistan, Pakistan and Iraq to support the sect’s war towards enthroning an Islamic state in Nigeria.

In January last year, after the Madalla bombing, Shekau in a 15-minute video, said the security agencies could not overcome his group.

Shekau rejected the government’s amnesty offer, saying the group could only hold talks with the government in accordance with Islamic teachings.

Yesterday at the Presidential Villa, President Goodluck Jonathan met with top security chiefs. Although no statement was issued after the meeting, it is believed that the activities of Boko Haram topped the agenda.

Also yesterday, in Sokoto, the military announced the arrest of a Boko Haram suspect, Mubarak aka Dan-Hajiya, after a raid on a hideout on Sunday.

Officers and men of the Brigade raided the hideout of some suspected terrorists on Sunday night which led to the arrest of Dan-Hajiya.

Spokesman of the Brigade Captain Yahaya Musa told reporters that the operation was jointly conducted with SSS operatives.

According to him, the operation was in continuation of the series of raids being carried out by the security agencies to rid Sokoto, Kebbi and Zamfara states of some of the fleeing insurgents from Borno, Adamawa and Yobe.

He said: “Troops of the brigade have in the past few days intensified raids on the hideouts of these suspected Boko Haram terrorists.

“We had also made several arrests and investigations are ongoing, so this is the only one we can authoritatively confirm now.

“But I can, however, authoritatively confirm that there were no deaths recorded either on the side of the insurgents or the military, SSS.”

Musa said arms and ammunition were recovered from the suspect’s house at the Nakasari area of Sokoto.
They are: “Three AK 47 rifles, one riot gun, 153 rounds of 7.62 mm ammunition, explosives, three cartons of acid, knock-outs, chemicals and thermometers, among others.
He appealed to residents to disregard rumours and remain supportive of the security agencies.