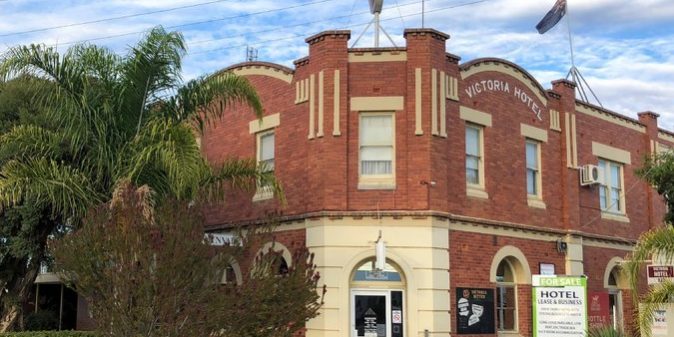 Getting to Know (and Appreciate) Rural Australia

Damien Cave, our Australia bureau chief, shares insights on Australia, news of the world and reader feedback in this weekly newsletter. Want it by email? Sign up.

I’m in rural Victoria this week reporting on immigration — part of our effort to explore Australia’s multicultural present and future — and I have to say, now I get why so many of you urged me to get out of the cities and into the country.

This isn’t my first trip to regional Australia, and let’s put aside the “real Australia” argument; in my book, cities and towns are both reflections of national character.

But just as dinner parties are different with six guests rather than 60, towns with a few hundred people do have a lot to teach about human interaction and how a country really works.

In my experience, towns of the singular — one market, one intersection — tend to produce a few things in abundance. Questions are among them. Visiting reporters rarely get too far without being asked about their plans, and within a day or so, word gets around.

If you’re deemed trustworthy, introductions are made, phone numbers are shared and people just appear to tell their stories.

Here in Pyramid Hill, we arrived and dropped our bags in a couple of rooms at the Victoria Hotel around 3 p.m. on Monday. A few hours later, the local mayor stopped by for a chat and a beer on her way home from work.

The local footy coach sat at the other end of the bar, beneath fading photos from decades past, and thanks to David Demaine, our friendly publican, I quickly discovered that the coach was married to the principal of the local public school, Pyramid Hill College.

She appeared a few minutes later, not just at the pub, but at my table.

No wonder writers love these kinds of towns.

E.B. White, who inspired me as a child with “Charlotte’s Web” and again as a young reporter with his signature essay, “Here is New York,” lived on a farm in rural Maine for 48 years.

Tim Winton, even as he promotes a new novel called “The Shepherd’s Hut,” still deliberately avoids telling anyone where he can be found in Western Australia to preserve the peace and quiet of his coastal community.

And then there’s Gerald Murnane, the Australian literary savant who has landed in Goroke, a stretch of remote Victoria a few hours from where I am.

I’m half tempted to try to make the trip after reading this week’s fantastic profile of him in The New York Times Magazine. With minimal effort, I imagine I could find a way to fit in at the men’s shed where he and a bunch of other retirees spend a lot of time tinkering and talking.

The shed reminded me a bit of the Op Shop here. (For the non-Aussies, that’s a vintage store, the “opportunity shop,” which sells donated goods, in this case to benefit the local nursing home.)

I stopped in Tuesday afternoon and bought three antique port glasses from a couple of older volunteers who were mending dresses for some Filipino girls at the local Catholic school.

Each glass cost me … go on, guess.

The woman who sold them to me wrapped them carefully in gray paper to ensure they made it back to Sydney, and as we chatted about how the town was changing with the influx of Filipinos (more on that in a future story), I started to wonder what else I might buy.

There was a big “for sale” sign out in front of the pub.

My room was comfortable and clean. The place had good bones, solid wood floors, lots of space and decent water pressure.

Would it be weird for The New York Times to buy into a piece of regional Australian life? Would it even be possible?

Probably not. But in a place this friendly and quiet, it’s a ribbon of thought that keeps twirling.

Now for the week’s reads … and a call for your recommendations about what to listen to, read or watch to better understand regional Australia.

Share your ideas in our Facebook group or by emailing nytaustralia@nytimes.com — and tell your friends to sign up for this newsletter and send their suggestions too!

Australians often ask me why Americans are so obsessed with guns, but what we’re witnessing now is a historic push in the other direction.

Last Saturday, vast crowds of demonstrators gathered across the United States to protest gun violence. It was a triumph of organic, youthful grass-roots energy and sophisticated, experienced organizational muscle.

In one poignant moment, Emma González, a survivor of last month’s shooting in Parkland, Fla., read the names of the victims before staring ahead for 4 minutes and 26 seconds to convey the length of the attack.

You can see dispatches from our reporters on the ground and analysis of what this means for the future of gun policy in the U.S., here.

Who is Stormy Daniels?

Read about her life and reputation — starting back when she was just Stephanie Clifford, a Floridian with ambition — before she took on her pornographic stage name, and long before she shook Washington with her claims to have had an affair with President Trump.

Then read about how she’s out-Trumping Trump, according to our TV critic.

Lots of things are signs of status: cars, handbags, shoes, watches. And fish — the ones that get plastic surgery.

“The idea of cosmetic surgery for a fish may sound extreme,” Amy Qin writes in her story from Singapore. “But the Asian arowana is not your average pet store fish. Known as the long yu, or ‘dragon fish’ in Chinese, it reigns as one of the world’s most expensive aquarium fish, selling for anywhere from a few hundred dollars to tens of thousands of dollars.”

• Is the Next Nobel Laureate in Literature Tending Bar in a Dusty Australian Town?: With the publication of two new books, Gerald Murnane might finally find an American audience.

• Drilling the Great Australian Bight: Hoping for Jobs, but Fearing a Spill: A plan to extract natural gas in “Australia’s Galápagos” could bolster the economy, but the fishing and tourism industries say it’s not worth the risk.

• Scores of Russians Expelled by U.S. and Its Allies Over U.K. Poisoning: At least 22 other nations, including Australia and the U.S., backed Britain in expelling Russian officials.

• Astonishing Admission of Cheating Rocks Australian Cricket: Senior players schemed to tamper with the ball during a series in South Africa, a revelation that has stunned a sport that prides itself on fair play.

• A First in Flight: Australia to the U.K., in 17 Hours: Qantas calls its first direct, nonstop Dreamliner flight from Perth to London a “game changer.”

• 150 Whales Beached in Australia, as Rescuers Fight to Save Them: Poor weather and the threat of sharks were hindering emergency efforts.

• How Much Do You Know About New Zealand? A quiz for our country of the week (New Zealanders will obviously have the upper hand).

• The 5 Most-Read ‘Modern Love’ Columns in Australia: You read them, we compiled them. Here are Australia’s favorite essays on love, in all its delightful and dark nuance.

• Welcome to the Neighborhood: After enduring the struggle to buy a home, a multicultural crowd of friends gathers for a Hindu celebration.

• All the President’s Thugs: Stormy Daniels said she was physically threatened after selling her story of a sexual liaison with Donald Trump. It rings all too true, writes the Times editorial board.

• I Tried to Befriend Nikolas Cruz. He Still Killed My Friends: A student says the notion that the recent Parkland, Fla., shootings wouldn’t have occurred if students had been kinder is deeply dangerous.

• Are You Really in Love if It’s Not on Instagram?: Why do people perform their relationships online? Who is it for? Krista Burton on #weekiversaries.

• Sanctuaries of Silence: A virtual-reality video about discovering quiet in an ever-noisier world.

This week, as I prepare to write about Pyramid Hill and other small towns, I’m looking for suggestions: Share your favorite movies, songs, books, essays or photographs that go deep toward understanding rural, regional Australia.

All suggestions, big or small, are welcome. As are stories and tales of your own.

You know how to find me: nytaustralia@nytimes.com. Thank you!

Damien Cave is the new Australia bureau chief for The New York Times. He’s covered more than a dozen countries for The Times, including Mexico, Cuba, Iraq and Lebanon. Follow him on Twitter: @damiencave.