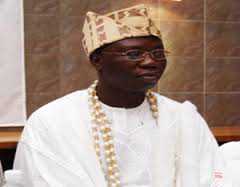 Nigerians have been warned against any action, inaction or comment that could incite the military to again take over the governance in the country.

“We in OPC warn against any attempt by any group or group of people to incite rogue elements in the military to rebel. We also declare that never again will our dear fatherland fall into the darkness of military adventurism, such that is being desired by some unpatriotic Nigerians.

“Our stand, as earlier stated in our memoranda to the Okunrounmu-led committee on the national dialogue, remains that the National Dialogue Conference will go a long way to solve most of the problems that are besetting our nation. We are also aware that the president has publicly declared that there would be no-go areas for the NDC in its attempt to make sure that all the problems that have stood in the way of the country’s development would be discussed,” Adams said.