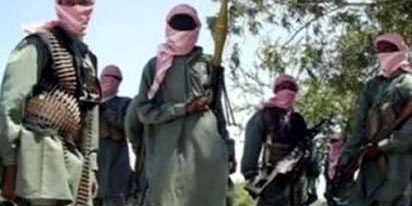 The Christian Association of Nigeria has condemned recent resurgence of killings by the Boko Haram sect, asking the governors of states in the North to shift their focus from the 2015 presidency to halting the activities of the sect.

The General Secretary of CAN, Dr. Musa Asake, who said this in a telephone interview with SUNDAY PUNCH, added that it was unfortunate that northern governors were spending much energy on stopping President Goodluck Jonathan from running for a second term, while thousands were dying in their states due to Boko Haram attacks.

He said, “For us in CAN, we don’t understand why the attacks started again. We were still celebrating and thanking God that things are calming down, only for this kind of mad killings to occur.

I don’t understand how a human being will walk into a school when students are sleeping and slaughter them. There is no justification for it. We condemn that killing in its totality.

“After over 50 students were slaughtered, I expected northern governors not to sleep; to work day and night until they fished out the perpetrators of the crime. But they are only concerned about how they want the next President to come from the North. The whole of their energy is spent on 2015 and making sure that Jonathan does not get a second term. Is Jonathan our problem in the North? Is Jonathan the one killing our children?”

Asake, who is a northerner, said CAN believes that the problem of insecurity could be solved if northern leaders held meetings and developed a strategy to tackle it.

He also said the army should look into its ranks to fish out soldiers who might be aiding Boko Haram, noting that defeating the sect had been difficult because of some “enemies” within the army.

“We applaud the army because they have really done their best to stop the killings. But with the recent attacks, army that is now in control in those states, should wake up and look within themselves. From what we hear, some of them wear army uniform. I know the military is trying its best but these people are outsmarting them in some areas,” he said.

Asake added that though Boko Haram seems to have focused its recent attacks on schools, CAN still believed that the sect was fighting a religious war.

He said CAN’s position was based on the initial mission statement of the sect, in which it said it wanted to Islamise Nigeria.