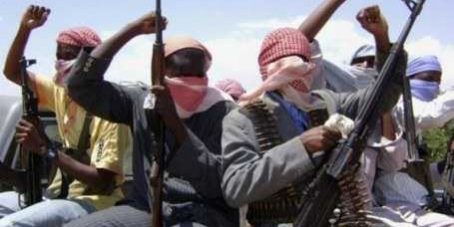 The attack occurred barely four days after gunmen suspected to be Boko Haram sect members burnt a church and the country home of a House of Representatives member, Peter Biye, in Gwoza town.

Several residents were said to have sustained gunshot injuries in the attack.

Biye told reporters in Maiduguri, that the sect had burnt over 200 churches in the state since it launched its attacks in the local government.

The lawmaker said only eight churches were available to worshippers.

On January 8, eight gunmen stormed the lawmaker’s village – a Christian-dominated community – at 8pm and carried away over 70 domestic animals and set the buildings ablaze.

The gunmen also burnt a consignment of sorghum, which was meant for distribution to the people to reduce their hardship.

Biye, the only Christian House of Representatives member from Borno State, regretted that since he was elected, there had been a series/daily attacks targeted at the Christian communities in Gwoza, Chibok and Damboa local government areas.

He said this had forced him to almost stop visiting his people, including his family, in the last two years.

Biye said though nobody died in the attack on his house but the attitude of security agencies on the matter was “nonchalant”.

The lawmaker recalled that prior to last week’s attack on his home by the insurgents, he had alerted/intimated security agencies.