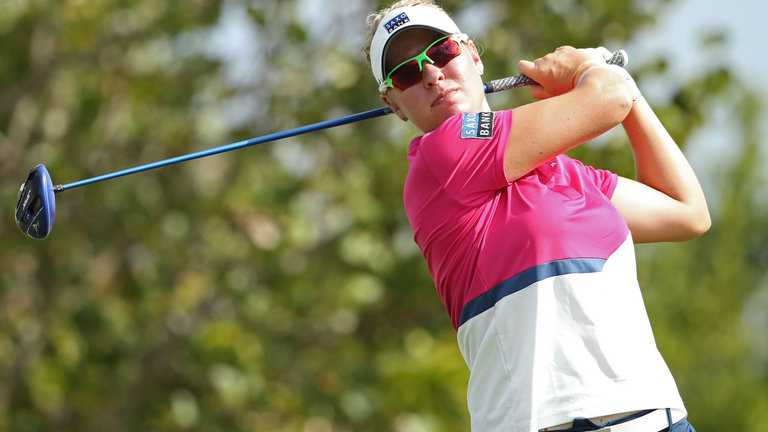 While Larsen carded a second straight 67, Davies followed a 65 with a 76 to end up in a tie-for-18th after 36 holes in Australia.

The 23-year-old leader posted seven birdies in her opening 14 holes, before suffering her first bogey of the tournament at the par-three 17th.

Larsen, who was pulling her own clubs, said: “I don’t really need a caddie.

“I just need someone to talk to me on the course, just be there. As you can see, I’m pretty good on my own.”

Her nearest challengers in Geelong, just south-west of Melbourne, are England’s Holly Clyburn, Sandra Gal of Germany, and Australian duo Whitney Hillier and Su Oh who posted a best-of-day 65.

England’s Melissa Reid is one stroke further back but her 53-year-old compatriot Davies suffered a terrible start to her second round over the Beach Course at Thirteenth Beach Golf Links.

Davies followed a par at the first hole by covering the next four in five over par. She reached the turn in 42 strokes, before recovering on the back nine with three birdies.

Her score was the worst recorded on Friday by anyone who survived the 36-hole cut at the Bellarine Peninsula.