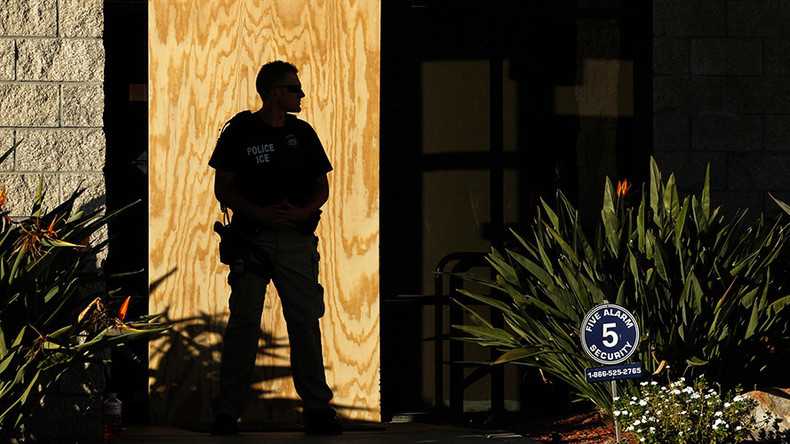 Tenants of the building at 95-36 42nd Avenue in the predominantly Latino neighborhood of Corona in Queens received a notice last week demanding each leaseholder appear at the building’s management office with photo ID, Social Security card, “proof of your status in US (Green card or Passport)” and proof of employment, the New York Daily News reported.

“P.S If you fail to comply, your lease will not be renewed, we may have to terminate your lease and may have to evict you from the apartment,” read the notice from “New Management.”

“That’s wrong,” he told the newspaper, referring to the letter. “I’ll retract that. I’m sorry.”

State Senator Jose Peralta said a constituent contacted him to complain about the notice and that he planned to file a complaint with New York Attorney General Eric Schneiderman’s office on Monday. He said it represented a violation of the New York City Human Rights Law, which prohibits discrimination on the basis of immigration status.

“It was very shocking and appalling,” Peralta told the Daily News. “Why would a management company want to know that when all they need to know is that you are the person on the lease?”

The letter was the result of frustration with trying to gain access to apartments to make electrical repairs following a fire, Reddy said.

“Each apartment has 12 people in there! Is that safe? I don’t think it’s safe,” Reddy said. “Half the tenants won’t let the electrician into their apartment.”

A landlord in Queens is demanding tenants prove they’re residents of the United States–or get out. https://t.co/Kt02FMYupq

Reddy bought the four-story building at the corner of Junction Boulevard and 42nd Avenue for $2.78 million in 2012, property records show. He said the electrician wrote the letter.

“That was stupid on his part,” Reddy said.

The electrician, Eddie Peralta, told the Daily News his secretary wrote the letter. He then went off on a rant about undocumented immigrants.

“What [President] Donald Trump is doing is right. People need to become legal!” said the electrician, who moved to the United States in 1983 from Colombia. “Look what we do for all these illegal aliens, and what do they do? They commit homicides. They go raping people.”

Worried tenants said they had heard the letter was Reddy’s way to “clean house” after buying the building three years ago.

Last week, Queens landlord Zara Realty was accused in a lawsuit that it asked undocumented, stabilized tenants about their visa status for rent renewals, the Real Deal reported.

I filed the complaint w/ @AGSchneiderman. I’m furious someone sends discriminatory letters like this 2 constituents.https://t.co/Dp569oau3D

Zara, which has faced tenant harassment allegations in the past, also displayed advertisements with a federal immigration tip line that advocates say was designed to threaten undocumented lessees.

These moves come as an intense immigration crackdown is being carried out by the Trump administration across the country.

In New York City, arrests by federal Immigration and Customs Enforcement (ICE) agents of immigrants without criminal histories more than doubled between Inauguration Day on January 20 and April 29, compared with the corresponding period last year, rising from 77 to 156.

“If you’re in this country illegal and you committed a crime by entering this country, you should be uncomfortable,” Homan said.

ICE agents have made 41,000 arrests since Trump’s executive order was issued on January 25, reflecting a 38 percent increase on arrests a year earlier, according to the agency.

Of those arrests, 75 percent are convicted criminals, ICE said. Non-criminal arrests over the same period went from approximately 4,200 last year to more than 10,800 in 2017.

More than half of the 683 immigrants arrested in raids shortly after Trump took office through mid-March either had no criminal convictions or had traffic violations as their most serious crimes, according to federal data obtained by BuzzFeed News.

Homan told the House subcommittee ICE still targets criminals, but he said Trump’s January 25 executive order broadened the pool of immigrants who could be targeted for deportation to include 345,000 fugitives with final deportation orders and 600,000 visa overstayers.