Laird tracking An in Phoenix 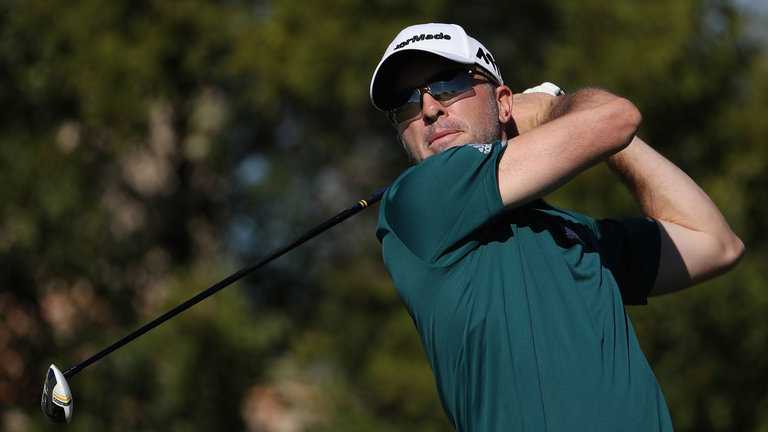 Martin Laird stayed firmly in contention to claim his first PGA Tour title in almost four years as Byeong Hun An ended the third day of the Waste Management Phoenix Open with a slender lead.

An shared the overnight lead and continued his excellent form in front of around 200,000 fans at TPC Scottsdale with a six-under 65, but he was matched by Laird after the big-hitting Scot rolled in his seventh birdie putt of the day on the final green.

Laird enters the final day alone in second and three shots clear of a chasing pack which includes defending champion Hideki Matsuyama and John Peterson, who was sidelined for almost a year following surgery on his hand and playing this season on a medical exemption.

Peterson, who has slumped to 795th in the world rankings due to his lengthy absence, fired a best-of-the-week 63 which could have been even better had it not been for a double-bogey at the sixth which abruptly ended a run of four consecutive birdies.

He got back on track with birdies at nine and 10 before rolling in a 12-foot putt for eagle at the long 13th, and further birdies at 15 and 18 gave him the early clubhouse lead on 12 under par.

But An maintained the outright lead after getting his round off to a flying start with birdies at the second and third, and he picked up two more to turn in 31 before extending his advantage further at the 10th.

The South Korean, who was the youngest player in history to win the US Amateur Championship as a 17-year-old in 2009, suddenly found himself scrambling hard for pars over the next six holes as his long game became ragged.

An did manage to convert a precise pitch to six feet at the 17th, and he did well to ensure the outright 54-hole lead when he holed from 10 feet for par at the last after blocking his drive into sand and going long and left of the green with his second.

Laird lost ground on the leaders when he paid the price for tugging his drive into the rough at the second, but he produced a positive response to the bogey as he birdied the next four holes, draining three putts from just inside 20 feet.

The 34-year-old, who is winless since the 2013 Valero Texas Open, stayed hot on the heels of An with two more birdies at 13 and 14, although he missed out on another when he three-putted the 17th from 90 feet.

But Laird knocked a sweet approach to 10 feet at the last and made another confident putt to get to 15 under as An holed from similar range to keep his nose in front.

Graeme DeLaet birdied three of the last five holes to cap a 65 and join Peterson and Michael Kim (66) on 12 under, while Matsuyama stayed in the hunt to defend his title with a 68 featuring six birdies and three bogeys, including one on the 17th after tugging his drive into water.

Phil Mickelson delighted his adoring home fans with a seven-birdie 65 that lifted the veteran to 10 under alongside Ireland’s Shane Lowry, who birdied the opening four holes but could not keep his momentum flowing as he returned a 66.