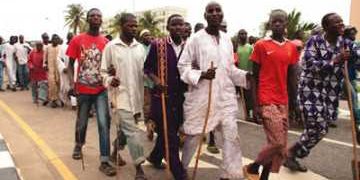 The Lagos State Government has allegedly deported no fewer than 70 persons from the city of Lagos to Onitsha in Anambra State. It was gathered that the people who were transported in a truck arrived Onitsha at about 2.30am yesterday accompanied by armed policemen who returned to Lagos shortly after the ‘human cargo’ was off loaded.

Some of those who were brought in said they were detained for crimes they did not commit before they were subsequently moved out of the state. But the Commissioner for Information in Lagos State, Mr. Lateef Ibirogba denied the speculations that the government deported 67 persons from Lagos.

He said: “We did not deport anybody. By the constitution of Nigeria, everybody has a right to live in any part of the country. But we have been emphasizing that people must live within the law. However, it is not true.”

Some of the 67 persons, who were dropped off told newsmen that they were arrested, detained and subsequently brought to Lagos by law enforcement agents. One of them who gave her name as Chima said: “I was on my way home to Okokomaiko in Lagos when a group of young men accosted me and took me to a place I do not know. When I got there, I met these people and over 29 some of who died in detention. I thank God that I am now free and I want people to help me so that I can find my way home.”

Another who gave his name as John Irabor from Benin, Edo State said he and his fellow inmates had a traumatic time while they were in detention. He insisted that he did not commit any crime and said they were neither charged to any court nor incarcerated in prison.

His words: “While we were in detention, they fed us only once a day and even when the food was brought, it usually tasted bad. If you look at us, you will see that we were treated badly.”

When contacted, the Onitsha Area Commander, Mr. Benjamin Woru said the police would investigate the incident and ensure that the victims were monitored so that there would be no security breach.