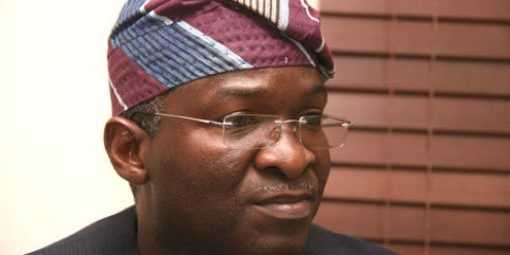 by Everest Amaefule
The Lagos State Government owes 33.86 per cent of the country’s total sub-national external debts (debts owed by state governments), investigation has shown.
Statistics obtained from the website of the Debt Management Office in Abuja on Wednesday showed that out of the total external debt of $3.01bn, Lagos State owed $1.02bn, leaving the remaining 35 states and the Federal Capital Territory with $1.99bn as of June 30, 2014.
Further analysis shows that out of the $1.02bn external loan commitments, $937.91m was from multilateral bodies, while $82.5m represented loans contracted from bilateral sources.
With a series of loan deals, the World Bank in particular has been involved in the urban renewal programme of Lagos State as well as efforts to reform the policy environment.
Some of the latest approvals by the World Bank for the state include $42m loan deal approved by its Board of Executive Directors in March to support secondary education programme in the state.
The new International Development Association credit of $42m to the Lagos EKO Secondary School Project was an addition to the original credit of $95m; which was said to have systematically benefited over 620,000 students a year in 667 public secondary schools in the state between 2009 and 2013.
The school loan was shortly followed by an approval of $200m to the state to support reforms pertaining to fiscal sustainability, budget planning, budget execution and the investment climate.
According to the World Bank, the loan is the first in two development policy operations and it builds upon the policy reforms initiated under a previous bank supported programme.
It added that the goal of the programme was to assist Lagos State in sustaining the strong momentum it had achieved in improving public services, facilitating inclusive growth and reducing poverty.
This includes measures to monitor and manage financial risks more effectively, ensure adequate growth in revenues, get better value for money in public expenditures, and improve institutions and processes for land registration and development permits.
Attempts to speak to the Lagos State Government officials on the status of its external loans failed as repeated calls to the Commissioner of Finance, Mr. Ayo Gbeleyi, were not picked, neither did he respond to text messages sent to his mobile telephone number.
Similarly, a text message to the state’s Commissioner of Information, Mr. Lateef Ibirogba, was not responded to. Calls to his mobile number could not go through.
Other major holders of the country’s external sub-national debts include Kaduna State, which owes $245.51m, and Cross Rivers State, $120.21m. Others are Ogun, $116.69m; Bauchi, $111.61m and Oyo, $80.11m.
The states least exposed to foreign debts are Borno, $16.07m; Plateau, $22.99m; Taraba, $24.06m; Delta, $24.7m and Benue, $28.79m.
However, in comparison to the nation’s total external indebtedness, the states owe only 32.13 per cent; leaving the Federal Government with 67.87 per cent of the total $9.38bn.
Loans from the China Export Import Bank and money raised from the Eurobond accounted for $2.54bn of the Federal Government’s $6.36bn external debt, while multilateral sources accounted for $3.82bn.
As of June 2013, the nation’s total external loan stood at $6.92bn. This means that over a period of one year, it rose by $2.46bn, indicating a 35.51 per cent increase.