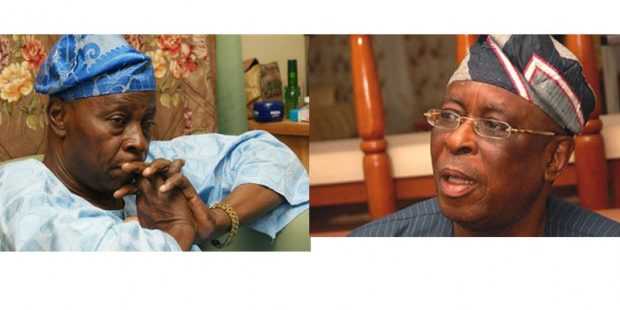 Thursday by President Goodluck Jonathan as members of the National Conference.

The list contains the names of eminent Nigerians many of whom have served the country in different capacities in the past,some since indepenence.

“Nigerians should not expect anything special from them. They will only end up paving the way for the president’s second term ambition.

“The confab will ultimately not produce any meaningful result. It will be a jamboree at the end of the day,” he said.

He said there are too many “government agents” on the list although he conceded that it “has a mixture of good selections and weak representations.

“It is a good idea to have the dialogue, but this list has confirmed some fears that the dialogue is not people- oriented and the outcome will not reflect the wishes and aspirations of commoners like me. We of the cultural Middle Belt who have been bored with ethnic crisis, problems of insurgencies and terrorism have not got the correct representations that will speak for the people.To me the list is too elitist.”

Chief Chidi Ndu of Network of Nigerians in Internal Diaspora (NNIDA) said: “This list has excluded some critical stakeholders, especially my group. If government can give recognition to Nigerians in UK, US, Asia, etc, what about us who reside outside our state of origin across the country? We are the most marginalized, we are not recognized in our state of origin and we are not accepted as stakeholders in the state we reside, we have suffered marginalisation for too long. We ought to have been included for us to make our case, we demanded for that, but we have been ignored”

Mr. Stephen Sariki of the Association of Middle Belt Ethnic Nationalities said: “As far as we are concerned, we have been short-changed by this list. This is not what we sent to the Conference Organising Committee because we called a meeting of leaders of ethnic nationalities in North Central and a list was compiled based on membership of the different ethnic groups. But the names we are seeing now are a big surprise to us and a huge disappointment. The names we are seeing are not even recognised members. Government has simply hijacked our slots.”

The Interim Secretary of the All Progressives Congress (APC) in Ondo State, Prince Olu Adegboro, said although the Presidency picked some credible people for the conference, such nominees may lose their credibility because the conference would end up a failure.

Adegboro argued that President Goodluck Jonathan is organising the conference with a view to distracting Nigerians from some critical challenges ravaging the nation.

His words: “I have never followed up the process of the confab because I know it will not bring out any positive result. They are only using it to distract the attention of the people. Some credible people have been chosen, but I am afraid they will lose their credibility at the end of the event.

“There is no sincerity about the conference; it will add no value to our society. We are watching them and we know their mission and why this conference is coming up at this present time”.

A chieftain of the Peoples Democratic Party (PDP) in the state, Mr. Ayo Fadaka, disagreed with Adegboro, saying this is the right time when Nigerians need such conference.

Fadaka stressed that President Jonathan has a vision for the people, adding that this is the right time we address the issue of federalism.

He, however, frowned on the selection of the Vice-Chancellor of Adekunle Ajasin University, Akungba-Akoko (AAUA), Prof. Femi Mimiko, brother of Governor Olusegun Mimiko, as one of the representatives of the state at the conference.

According to him, “we are not saying Femi Mimiko is not qualified to represent the state, but the idea is nepotism. Mimiko’s family members are not the only ones who are brilliant and intelligent in the state. He should have given the slot to another credible person, and I believe we have enough in the state. It is cheap and pedestrian for selecting your younger brother.

The Chief Whip of the Ondo State House of Assembly,Hon Tunji Dairo, described the nominees as qualified and credible.

Professor Itse Sagay, a Senior Advocate of Nigeria (SAN), is impressed with the quality of the nominees, saying, “I think the quality of the delegates is quite impressive. They should be able to provide solution or formula that will help us live harmoniously together.”

He added: “The most obvious thing I look forward to when the confab begins is the restructuring of the federation. There should be devolution of power so that we can have a true federal system. The power of states in regard to finance should be increased. The states should not hand over their natural resources to the Federal Government. They should only pay a percentage of what they make to the centre for the running of the central government.

He said: “I stand for the national conference, and I pray for them to achieve the purpose of the conference. Whether they are pro-conference or not, let’s give them a chance to deliver on our collective wish.

“I believe that whoever you pick as delegate, there will still be complaints.So, since those who made the list are Nigerians, let’s support them and wish them well.

“The list is a mixture of the young, the old, technocrats, traditional rulers, retired military officers and so on. Let us pray for them to represent us well; they are all capable if we support and pray for them.”

Former governor of Ogun State,Aremo Olusegun Osoba, who will be representing the forum of ex-governors at the conference told The Nation yesterday that he is looking forward to “discussion on every issue affecting the country. The listed delegates are decent and knowledgeable people.”

He has no reservation about the list. “The list is full of people that are experienced in and out of government. They are people who have had exposure and experience in their different endeavours.”

Another nominee and former Finance Minister, Chief Olu Falae, prayed for “divine guidance to do what is right and best for Nigerians. We expect different interests to be vigorously canvassed, but at the end of the day, there must be negotiation. There must be a give and take so that the outcome can be satisfactory to the overwhelming majority of Nigerians.”

He said: “I don’t know half of the delegates, but from those that I know, it appears as a qualitative assemblage of Nigerians. You have legal luminaries, retired ambassadors, bureaucrats, captains of industries and so on. Under divine guidance, a good job should be done.”