Kruis out of France clash 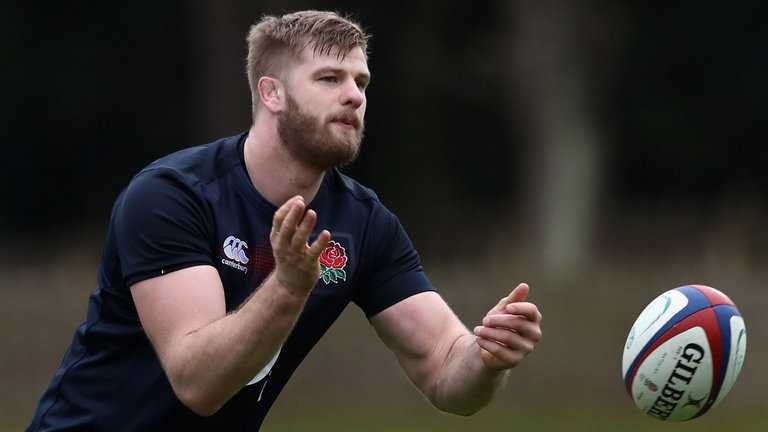 George Kruis will miss England’s opening match of the Six Nations against France due to a knee ligament injury.

Kruis, who had only been given the all-clear to face France last week after recovering from a fractured cheekbone, was forced to miss training on Tuesday with the knee injury.

The Saracens lock will see a specialist on Thursday to determine further management of the injury and head coach Eddie Jones is not giving up hope he will be available later in the tournament.

“We’ll have to wait and see what the specialist’s prognosis is, but we’re not ruling him out of the Six Nations at this stage,” said Jones.

With Kruis ruled out, Courtney Lawes and Joe Launchbury are expected to reform the second row partnership that started against South Africa and Fiji during the autumn, with Maro Itoje starting at No 6.

Speaking earlier on Wednesday, assistant coach Paul Gustard said he was confident England could cope if Kruis is absent.

“We pride ourselves as a nation about the quality we have around the country,” he said. “As a coaching group from day one we were very excited about the talent we’ve got in English rugby at the moment.

“We’re proving we can cope with people not being in the team and while there are people missing in this Six Nations there are also people returning and that’s also exciting. The likes of Maro Itoje and James Haskell coming back into the group is encouraging.”

England are attempting to win back-to-back Six Nations titles for the first time since 2001. Should they repeat last year’s Grand Slam, they will surpass New Zealand’s record of 18 consecutive tier one Test victories.

All 10 games of the British and Irish Lions tour to New Zealand will be shown live on Sky Sports, starting June 3 2017.