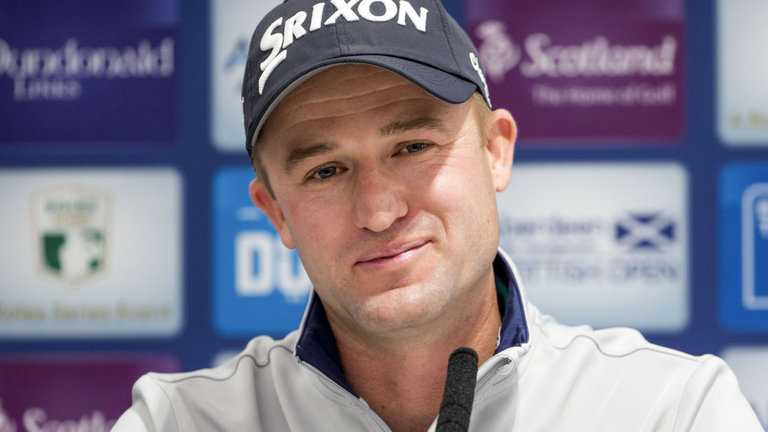 Scotland’s Russell Knox believes he is just one good performance away from recapturing the form which saw him reach 18th in the world and just miss out on a Ryder Cup wild card.

European captain Darren Clarke selected Lee Westwood, Martin Kaymer and Thomas Pieters to complete his team at Hazeltine last year, with Knox – 20th at the time – missing out despite being ranked higher than all three.

The 32-year-old Scot finished 10th in qualifying and would have made the team automatically if he had been a European Tour member when he won the WGC-HSBC Champions in November 2015, and also won the Travelers Championship just three weeks before the wild cards were announced.

But after ending 2016 with three consecutive top-10 finishes, Knox has yet to record a single one this season and has missed the cut in half of his 16 events, including the HNA Open de France a fortnight ago.

“I had the weekend off and spent the week in Italy with my wife,” Knox said ahead of the Scottish Open at Dundonald Links in Ayrshire, Live on Sky Sports.

“(But) my game is not nearly as bad as I think a lot of people think it is. It’s not far off. I don’t feel like my game is any worse than it was last year when I was playing well. It’s just a confidence thing.

“A good example would be Tommy Fleetwood. Once you see some good things going, you just run with it. I kind of felt like that last year; I was going to play good every week.

“This year, I’m probably one good performance away from getting on a good run of my own. A good week can start right here hopefully.”

Despite the disappointment of missing out in 2016, Knox remains determined to qualify for next year’s Ryder Cup, which will be staged at French Open venue Le Golf National.

“It’s definitely a goal,” Knox added. “That’s one of the reasons why I went to play in France, to get to see the course. I loved it, even though I didn’t play well. I thought it was a great course and it’s going to be an amazing Ryder Cup venue.

“I guess the number one goal I’ve got to say is top 50. If I don’t play in the majors and WGCs, I have no chance of making the Ryder Cup team.

“I’m going to have to win again, which is great. If you make the team or you’re even close to it, you’ve played well, you’ve won tournaments, you’ve contended.”