Kick him when he is down, Jonathan’s exchange with Obasanjo is indecent- APC 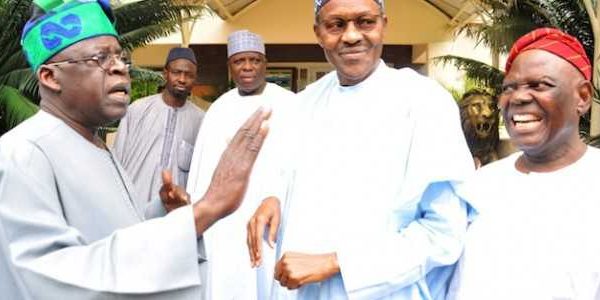 There seems to be no end to the controversy sparked by the exchange of letters between President Goodluck Jonathan and former President Olusegun Obasanjo.The opposition All Progressives Congress (APC) joined the row again yesterday, saying Dr. Jonathan’s response to Obasanjo’s letter is indecent and has diminished the Presidency.The party said the president would have merely explained its position on the issues raised in Obasanjo’s letter rather than a resort to tantrum throwing.Also yesterday, the Peoples Democratic Party (PDP) said it could not intervene in the matter because it is not a party affair.Obasanjo wrote an 18-page letter titled “Before it is too late” and dated December 2 to the President, accusing him of some failings.He also alleged that snipers were being trained and 1,000 Nigerians had been placed on a watch list ahead of the 2015 election.Obasanjo said Jonathan told the PDP prior to his nomination to run in 2011 that he would do only one term. He said his 2015 ambition would be “fatally wrong”.The President denied Obasanjo’s claims. He also challenged him to prove them.The President has referred Obasanjo’s letter to the National Human Rights Commission to probe some aspects of it. The letter is also believed to have been referred to security agencies.Dr. Jonathan, in church on Christmas Day, also challenged Obasanjo to be statesmanly, adding: “Nigeria does not belong to any politician or a group of politicians… For us at this time, especially we politicians, that we think we own this country to think about next election, and doing what we ought not to do, making statements we ought not to make, writing letter we are not supposed to write.”In a statement yesterday, APC National Publicity Secretary Alhaji Lai Mohammed said: “Dr. Jonathan’s decision to engage former President Obasanjo in a hot exchange of words in what may now be described as ‘lettergate’ is the latest in a series of scandals to hit the Jonathan Presidency.”The party said while it was not interested in joining the fray over the issues contained in the letters written by both

men, the decision by the President to go personal in his reaction crossed the threshold of decency and brought the Presidency – and indeed the country – into disrepute.”The APC said in other climes, the President would have simply issued a terse response to such a letter, denying the allegations that border on national security, if any; as well as saying the former President’s observations have been noted, and that the government would study them and then engage with the former President in private while assuring that the ship of state is on course.‘’Instead, the President’s response read like the stuff of gossip magazines, and the exchange of words felt like what one would have expected in a beer parlour. At the end of the day, the Presidency allowed Obasanjo to take the higher moral ground by simply insisting on the allegations he made in his letter and saying he would not respond to the Presidency’s reply.‘’The President, who accused Obasanjo of doing him a great injustice, has himself done a great injustice to the Presidency, which is an institution in which he is only a tenant. In the end, the President of Africa’s most populous nation, the leader of the foremost black nation on earth and the Commander-in-Chief of the Armed Forces of the Federal Republic of Nigeria simply desecrated his own Presidency and allowed those who can only be likened to gravy train passengers, rascals and knaves to seize the initiative from him.”The APC added: ‘’This is what happens when a President is surrounded by self-serving, boot-licking and dishonest people, at the expense of seasoned technocrats and veteran policymakers, who would have reminded the President that while critics can afford to fire all sorts of darts at him, as the custodian of the Presidency at this point in time, he cannot afford to respond in kind because, in doing so, he would be debasing the presidency as an institution.’’The party said the President was not unaware of this because he struggled in his letter to maintain some minimum level of decorum, and then quickly lost control and engaged in a “bare-knuckle fight”.‘’The President himself knows that he ought not to have engaged in such exchange when he wrote early on in his letter: ‘It is with the greatest possible reluctance that I now write this reply. I am most uneasy about embarking on this unprecedented and unconventional form of open communication between me and a former leader of our country because I know that there are more acceptable and dignified means of doing so’.The APC went on: ‘’However, he quickly jettisoned such reluctance and, in an unfortunate debasement of the tone and quality of statecraft, went full blast, calling the former president a liar, a conflict instigator and an unreliable ally, among other inferred derogatory labels that may have now shut the window to reconciliation between him and his political Godfather, in addition to portraying Nigerian leaders as delinquents.‘’To worsen matters, President Jonathan could not restrain himself from using even the revered and ecclesial platform provided by his appearance at a church service on Christmas Day to further lambast his critics and spew out hot words. This, surely, is not what is expected of a President, a leader and anyone who wants to be a nation builder. It is time to call a truce!’’