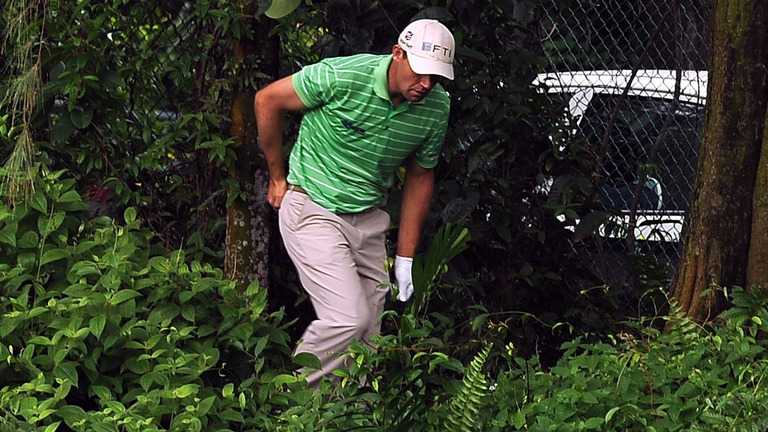 The R&A and the USGA announced a series of widespread proposed changes to the Rule of Golf, and here are the 18 most significant alterations that are set to come into force in 2019.

Accidentally moving a ball, or marker, on the green:

Accidentally moving a ball while searching for it:

Proposal: No penalty, unless the player is deemed to have moved the ball intentionally. (Currently a one-shot penalty)

Ball hits a player, a caddie or the flagstick:

Putting from the green with flagstick left in the hole:

Proposal: No penalty (Currently a two-shot penalty or loss of hole if ball hits the pin)

Touching the line of a putt:

Proposal: No penalty, unless player is deemed to be gaining advantage by improving conditions (Currently a two-shot penalty, or loss of hole in match play)

Touching the sand with clubhead or hand in a bunker, before playing the shot:

Proposal: No penalty, unless player is deemed to be testing the conditions or improving the lie of the ball (Currently a two-shot penalty or loss of hole)

Time allowed for taking a shot or putt:

Proposal: Players encouraged to take no longer than 40 seconds (There is currently no actual time limit, players are judged on their position on the course. Groups are usually put “on the clock” if they fall a hole behind the group ahead)

Searching for a lost ball:

Proposal: The ball should be declared lost if not found in three minutes (The current limit is five minutes)

Taking a free or penalty drop:

Proposal: Players can drop the ball from any height, the recommendation being a minimum of one inch to eliminate doubt (Players currently required to drop the ball with arm horizontal/shoulder height)

Taking relief from a plugged lie:

Proposal: If a ball is embedded in its own pitch mark, players are entitled to a free drop anywhere on the course, except in bunkers, subject to local rules (Currently, players can only take relief from a plugged lie on the fairway, unless local rules stipulate otherwise)

Proposal: Players permitted to use DMDs during play, subject to local rules (The use of DMDs is currently banned during tournament play)

Proposal: Damaged clubs cannot be replaced unless the player did not cause the damage (Players may currently replace a club if it was damaged in the “normal course of play” and deemed “unfit for play”)

Repairing spike marks on the green:

Proposal: Caddies not permitted to stand behind a player to assist with alignment anywhere on the course (Caddies are currently allowed to help with alignment as long as they do not remain behind the player when the stroke is made)