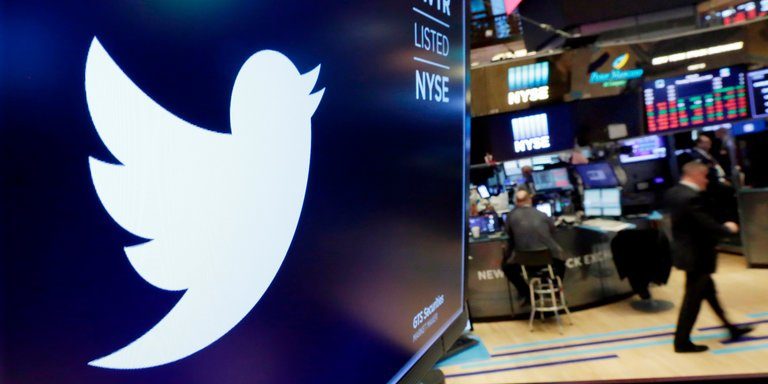 Hello again! I write to you this week from my underground bunker, deep below The New York Times’s headquarters, where I’ve gone to avoid all news about Kanye West’s political views.

As usual, there was some Facebook news during the week: The company reported strong first-quarter earnings and user growth, showing that not even a global privacy freakout can keep those sweet, sweet “likes” and shares coming. The company’s chief technology officer, Mike Schroepfer, pulled the short straw and got stuck on crisis cleanup duty this week, testifying in front of a cranky British parliamentary committee. And in Washington, the company was the subject of a House Judiciary Committee hearing that featured the pro-Trump internet celebrities Diamond and Silk — who accused Facebook of politically motivated censorship — and that I avoided covering for the sake of my mental health.

Facebook’s continued dominance shouldn’t be a shock. The company’s customers are advertisers, not users. And as long as Facebook is still working for advertisers — in other words, as long as the company is able to deliver targeted ads with a better return on investment than any other platform except, possibly, Google — there’s no reason for them to go elsewhere.

Twitter reported its earnings and showed — for the second straight quarter, and the second time in its history — that it is capable of turning a profit.

That profit was minuscule by Facebook standards: just $61 million in the quarter, compared with the $3 billion Facebook pulled in. But the fact that Twitter is in the black at all is enough to stave off the doomsday narrative that once swirled around it.

Interestingly, one of the factors driving Twitter’s growth this time around is strong performance in its data licensing business, which has grown 20 percent year over year.

Data licensing — or, more accurately, data donating — is the part of Facebook’s business that got it into trouble because of Cambridge Analytica. And although Twitter’s data licensing program is substantively different from Facebook’s — it collects a narrower set of personal information from users, and licenses only users’ tweets, which are already public — it’s interesting that Twitter is leaning into the business of making user data available to third parties at the same time that Facebook is leaning out of it. It also creates a dilemma for lawmakers and regulators. If they try to prevent future Cambridge Analytica data leaks by restricting social platforms’ abilities to license data to third-party developers, they could end up hurting Facebook’s rivals more than Facebook.

Snap, the parent company of Snapchat, doesn’t report earnings until next week. But ahead of its report, the company announced a surprising move: a new version of its camera-equipped sunglasses, Spectacles. The first version of Spectacles was famously a commercial flop, leading the company to take a $40 million write-down on unsold pairs.

So why is it trying again?

Mark Randall, Snap’s vice president of hardware, told TechCrunch that, as the news site’s writer put it, “the true purpose of V1 was to get people comfortable wearing and being recorded by a face computer.” Mr. Randall added that the second version of Spectacles would improve on the hardware, while adopting some of the sales and distribution lessons that the company learned the hard way the first time around.

The more interesting Snap news, to me, was that the company is apparently testing a re-redesigned version of Snapchat that looks … a lot like the original version. In its previous redesign, Snapchat separated user-generated Snap stories from professional publisher stories on its Discover tab. In the new test version, those stories live together on the Discover tab.

Zoom out a bit, and you can see the bigger shift at work here. After an attempt to distinguish itself from platforms like Instagram and Facebook — both of which feature algorithmically sorted feeds that intermingle content from your friends and content from celebrities and publishers — Snap may be finding that users liked Snapchat better when it was more like every other social feed.

YouTube, which has long insisted that it’s not a social network, is yet another example of a social platform’s prospering financially despite deepening mistrust among users.

Sundar Pichai, Google’s chief executive, also boasted that the company’s algorithms had pulled down millions of YouTube videos that violated the platform’s rules before they were seen by humans. Still, the company clearly has much more work to do. As BuzzFeed News reported this week, YouTube is still host to tons of horrible, offensive and dangerous videos, including a number of bestiality videos apparently aimed at children.

YouTube has tried to address the problem in part by introducing new parental controls, but history tells us that this may be an unwinnable battle. As its algorithms get more sophisticated at detecting objectionable content, the makers of those videos will learn ways to evade the system, and new forms of objectionable videos will appear (at least until journalists find them and point them out).

More broadly, despite not thinking of itself as a social network, YouTube is perhaps the network that is most similar to Facebook right now, in terms of the challenges it faces and the disconnect between what many of its users want (more active moderation, less objectionable content) and what investors want (more of the same, please!).

I’ve been reading an early copy of Jaron Lanier’s excellent new book, “Ten Arguments for Deleting Your Social Media Accounts Right Now.” Mr. Lanier, a well-known technologist who did pioneering work in virtual reality, has become a kind of Cassandra for the tech industry. He says that the current crop of social media giants have become profit-driven behavioral modification machines that undermine truth, destroy empathy and turn their users into jerks, and that until healthier systems emerge, we should all stay off them.

I’m predisposed to disagree with that kind of generalized argument. Despite everything we’ve learned this year, I still believe that social networks, when designed and managed properly, can be a positive force. Moreover, I’m skeptical that getting users to boycott these services is possible, given how addictive they are.

But it’s not hard to see where Mr. Lanier is coming from, especially during a week like this, when the opposing forces pulling on social networks are clear. Social media companies are being urged to behave more responsibly by users, lawmakers and occasionally their own employees. But investors have no stake in maximizing the long-term health of society. They’re just happy to see growth.

Kevin Roose writes a column called The Shift and is a writer at large for The New York Times Magazine. You can follow him on Twitter here: @kevinroose.