Kerber misses out on No 1 spot 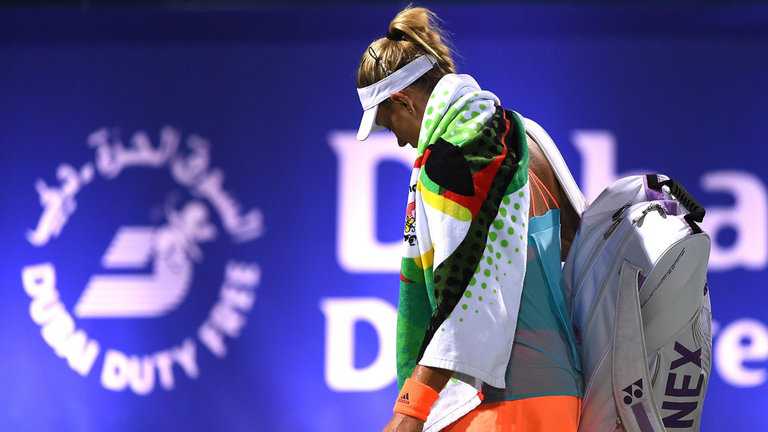 Angelique Kerber missed the opportunity to regain the world No 1 spot after she was beaten by Elina Svitolina in the semi-finals of the Dubai Duty Free Championships.

The German would have replaced Serena Williams at the top of the rankings had she gone on to win the title but Svitolina prevailed 6-3 7-6 (7-3).

A rain delay and a medical time out conspired against Kerber but the tournament’s number one seed never really got going until late in the second set when she won three games in a row to serve to force a decider.

However, Svitolina broke back and comfortably took the resulting tie break to complete a third straight victory over her opponent after one hour and 39 minutes of play.

Wozniacki will now hope to better her performance at last week’s Qatar Open, where she lost to Karolina Pliskova in the final.

The tournament’s 10th seed registered a 70 per cent first-serve percentage against Sevastova. She faced only one break point in the entire match, losing her serve in the eighth game of the second set, but otherwise Wozniacki was dominant on her serve.